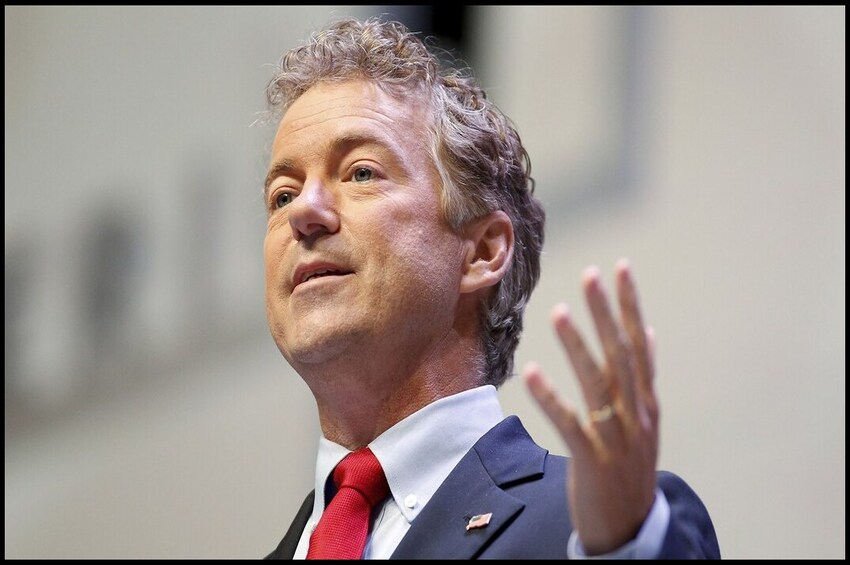 Senator Rand Paul (R., Ky.) said Thursday that Joe and Hunter Biden’s activity in Ukraine “goes to the heart of the matter” surrounding the upcoming impeachment trial in the Senate, and argued that GOP senators must be willing to call President Trump’s preferred witnesses, or “all hell is going to break lose.”

Appearing on Hannity, Paul stated that he believed the alleged corruption perpetrated by Hunter Biden in his role on the board of a Ukrainian gas company Burisma — while his father was overseeing official U.S. relations with Kyiv —needed to be explored.

“If the president is being accused of withholding foreign aid, and his argument is, ‘Well, we were studying corruption, and we wanted to know about corruption in Ukraine,’ and I think the Bidens are as corrupt as the day is long,” Paul argued. “No young man who is the son of a politician gets $50,000 a month who has no experience, working for a Ukrainian oligarch. You know, for goodness sakes — it smells to high heaven. It smells like corruption.”

Paul pointed to bias in the media as the reason why the issue has not been more thoroughly explored. In its Friday release of an interview with Joe Biden, The New York Times editorial board opened by saying “There is no indication that you or your son did anything wrong or were part of any corruption in Ukraine.”

“Every day on the mainstream media, they say, ‘Oh, there’s no there there. This has been investigated. There is no corruption.’ I think the American people don’t buy it,” Paul told Hannity. “Here’s the thing: Fair is fair. If they’re going to put the president through this, they’re going to have to have witnesses on both sides.”

The Kentucky Republican, who earlier this week threatened fellow Republican senators with consequences if they did not bring forward Trump-favored witnesses, reiterated his point Thursday night, saying his “fear” is that “if people play games with the witnesses . . . I think all hell is going to break lose.”

NOW WATCH: ‘Rand Paul Warns Republicans of Electoral Consequences if They Back Dem Witnesses But Refuse to Call Hunter Biden’