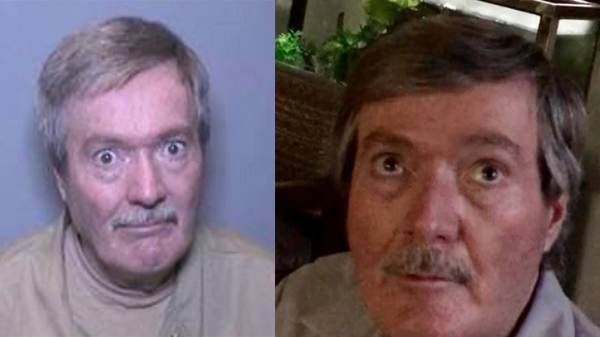 Convicted sex offender Cary Jay Smith was recently released from a California psychiatric facility after being forcefully hospitalized for more than 20 years.

Smith repeatedly testified to having fantasies about raping and killing young boys and said he likes to be referred to as “RTK” which stands for “rape, torture, kill.”

He also claimed he has killed three boys and molested more than 200 others.

In 1985, Smith was convicted of a misdemeanor sexual offense involving a child and had to register as a sex offender, however that requirement expired and he was removed from the sex offender registry by the state of California in 2005.

Smith was admitted to a psychiatric facility in 1999 after his wife came forward and showed authorities a letter Smith wrote describing sex acts (rape) he wanted to perform on a 7-year-old boy who lived in his Costa Mesa neighborhood.

In 2002, the Orange County DA’s office filed 20 felony counts of lewd and lascivious acts with a minor against him, but the charges were ultimately dismissed because of the statute of limitations!

Despite openly making threats to rape and kill young boys, Smith was released with no parole monitoring system and he is not required to register as a sex offender which means he is free to move around.

However, Smith is being chased out of every Southern California city he relocates to after local residents are alerted to his whereabouts.

So far the child predator has bounced from Orange, to Corona, Lake Elsinore, to San Diego, then to Garden Grove and now he is in Santa Ana.

Santa Ana PD put out a public advisory warning residents that Smith is currently located at a healthcare center in Santa Ana.

#PublicAdvisory#SantaAnaPD has received information that Cary Jay Smith is currently located at a healthcare center in Santa Ana. SAPD is committed to public safety & will continue to monitor the situation & collaborate with our law enforcement partners & @OCDAToddSpitzer

Smith has moved multiple times since he was released from a mental hospital earlier this month following more than 20 years of confinement.

Each time he has moved, to Costa Mesa, Orange, Corona and Lake Elsinore and then to San Diego County, his movement has set off warnings from