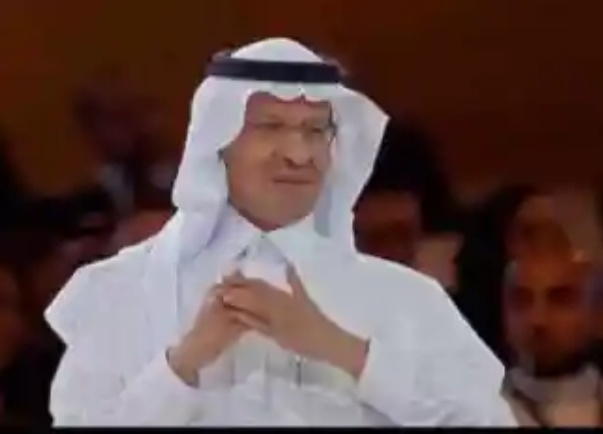 During the three-day Saudi business and networking event, the Future Investment Initiative, it was clear that US-Saudi relations are on the brink. Rising tensions between President Biden and Saudi Crown Prince Mohammed bin Salman put the longstanding relationship between the two countries at risk. The US should have heard the red alert warning that Saudi Arabia sent, but they won’t care.

Perhaps Biden shouldn’t have called them a Pariah?

Biden is destroying relations with Saudi Arabia. At the same time, he is killing our oil reserves and ability to export oil.

The annual event is focused on the Middle East. And the idea is to generate business deals. Saudi Arabia is trying to diversify its economy beyond fossil fuels.

HRH, a Saudi Minister, says that countries have oil reserves for emergencies, and some have chosen to empty their reserves for reasons other than emergencies. As a result, these countries’ economic and oil access situations “may become painful in the months to come.” [watch the clip below]

This should be a national security red alert for the United States. The fact that it’s not under the Biden regime is terrifying. He is talking about damaging relations further with punishments.

10-4
You mean specifically the US 🇺🇸 #SPR pic.twitter.com/nPzkAvZA4U

When Donald Trump sought to fill the reserves at $24.00 a barrel, Democrats blocked it. Now, Biden is further draining the reserves to lower gas prices to get votes, and the price to fill will be closer to $90.00 a barrel. We don’t have the money with a $31 trillion debt. Red Alert!

In this country and globally, inflation has been caused in large part by energy prices. The Biden Administration has blamed Russia, but Biden’s anti-fossil fuel energy policies and the demands of extreme western environmentalists receive the blame for the US problems.

They have curtailed oil leases in the United States; have increased regulations and red tape, making current leases less profitable for exploration; and have reduced access to oceanic drilling and drilling on federal land.

The media and left keep making excuses, including claiming Biden has generated more production than under two years of Trump.

Trump’s first year was spent increasing from Obama curtailing production and COVID limited exploration in Trump’s last year. Biden is now on track to produce much less oil, the least of any president. He’s doing this while promoting war with Russia and China.

Winter is coming, and Saudi Arabia has taken such a hostile footing to Joe Biden’s administration that they’re pre-emptively warning us of harm.

All we have to do is drill here and drill now. The extremist left Democrats won’t, causing economic turmoil and forcing voters’ hands.

The environmentalists and the Biden environmental policies are pushing voters to the GOP. That and crime and the attack on parental rights are adding to it.

Biden should have started pumping oil out of the ground on day one. He should have approved canceling pipelines, kept ANWR open, and not kept investors away from fossil fuels. He shouldn’t destroy relations with our biggest oil supplier.

Environmentalists, Joe Biden, and Democrats in power are killing democracy.

Dems Escalate Attacks Against Saudi Arabia As Biden Begs for Oil from Iran and VenezuelaOctober 7, 2022In “Home of News, Politics & Opinion”

Biden’s America’s Back! US Relations with Saudis at a ‘Breaking Point’April 21, 2022In “Home of News, Politics & Opinion”

When the rest of the country wakes up to this, it’s going be interesting to see how they react. Especially when there’s no heat for their homes. Unfortunately, food shortages and much more devastation is in our future.

The US is being sabotaged deliberately from within. The “experts” will ignore Biden’s alienation of the Saudi’s, because they are also in on it. Biden is the perfect person to destroy America. His corruption, unhealthy ego, sub-mediocre abilities and senility coincide. He was rewarded the presidency to systematically damage the USA in every way. His dedication is to that ego.

The new block includes China, Russia, Brazil, India, Iran, Saudi Arabia, … it is a powerful new alliance forming. The cataclysmic failure of the USA was best prevented in November 2020 but the nation failed itself. Recovery from that event, if possible, would be very painful.