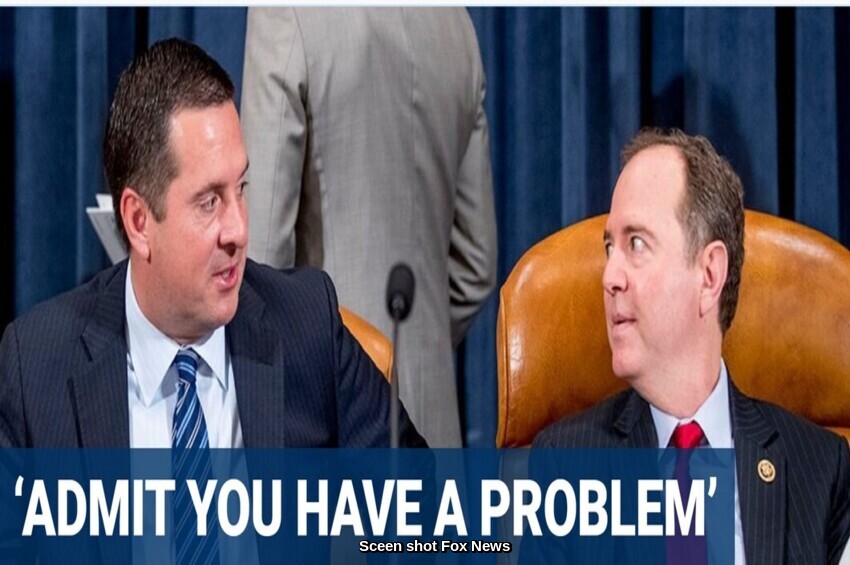 Rep. Devin Nunes: We need to know what the FISA court is really doing

House Intelligence Committee ranking member Rep. Devin Nunes, R-Calif., told committee chairman Rep. Adam Schiff, D-Calif., that he is “in need of rehabilitation” after a Justice Department Inspector General report on the FBI’s Russia investigation and its use of the Foreign Intelligence Surveillance Act (FISA) contradicted Schiff’s past assertions.

In a 2018 memo, Schiff dismissed Nunes’ concerns about the FBI’s use of a FISA warrant to monitor former Trump campaign adviser Carter Page. The IG report confirmed that the FBI’s warrant applications included 17 “significant errors and omissions,” including a doctored email and reliance on unverified information from British ex-spy Christopher Steele.

COMEY ADMITS ERROR IN DEFENSE OF FBI’S FISA PROCESS AFTER IG REPORT: ‘I WAS WRONG’

“After publishing false conclusions of such enormity on a topic directly within this committee’s oversight responsibilities, it is clear you are in need of rehabilitation, and I hope this letter will serve as the first step in that vital process,” Nunes said in a Sunday letter.

Schiff’s memo downplayed Steele’s role and denied FBI wrongdoing, saying, “FBI and DOJ officials did not ‘abuse’ the Foreign Intelligence Surveillance Act (FISA) process, omit material information, or subvert this vital tool to spy on the Trump campaign.” Schiff also claimed at the time that the DOJ “made only narrow use of information from Steele’s sources” for the Page warrant.