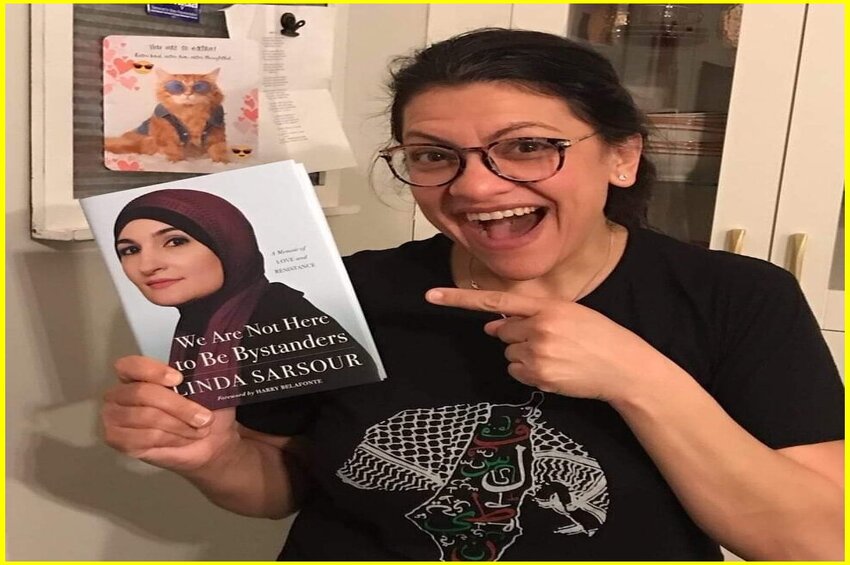 Democratic Rep. Rashida Tlaib (D-Mich.) has come under fire after a picture of the congresswoman was posted on social media showing her wearing a t-shirt that seems to erase Israel from the map.

In the picture, first posted to Twitter by user Alex VanNess Monday afternoon, shows Tlaib wearing a shirt where the borders of modern-day Israel are colored in with Arabic letters spelling “Palestine”. This seems to very clearly indicate a rejection of a two-state solution, advocating instead for the complete dissolution of the Jewish state in favor of a Palestinian one.

According to an online listing for the shirt, wearers can “stand in solidarity with the Palestine by wearing this beautiful Palestinian tee shirt.” The product description goes on to read “An outlined map of Palestine is filled with red, white, and green Arabic letters that look stunning from a distance and spell the word Palestine up close. A patterned shemagh wraps around the neck of the Palestinian state like the brave soldiers whose boots stand on the dusty ground.”Rep. Tlaib has been criticized in the past for comments interpreted as anti-Semitic. She recently faced significant backlash for retweeting a fake news story erroneously blaming the death of a Palestinian boy on “violent Israeli settlers.”