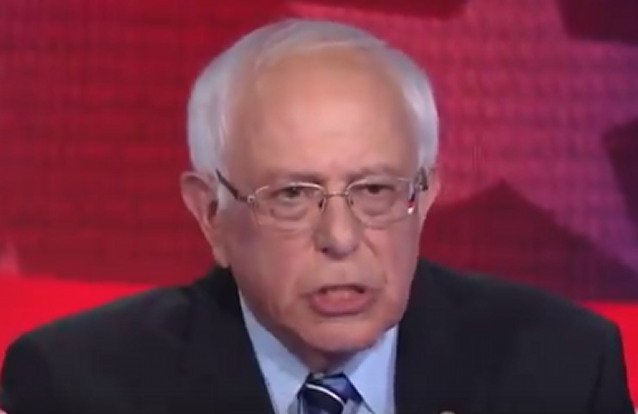 After Bernie Sanders dropped out of the 2020 Democratic primary, he endorsed Joe Biden and even campaigned for him, just as he did for Hillary Clinton in 2016.

Bernie was also tasked with shoring up the far left vote for Joe Biden but it’s not clear how well that has worked out.

Now, according to some sources, Bernie is privately expressing concerns about Biden’s campaign.

U.S. Sen. Bernie Sanders has privately voiced worries about the way Democratic presidential nominee Joe Biden has been campaigning as the race heads into its final weeks, according to a report.

Sanders, who dropped out of the race in April and immediately endorsed Biden following a hard-fought Democratic primary battle last spring, has said he wishes Biden would focus more on kitchen table issues like higher wages, job growth and health care access in campaign stops rather than criticizing President Trump, the Washington Post reported, citing three sources familiar with his conversations.

Sanders, who garnered a youth movement around his two White House runs, also hoped that Biden would embrace progressive firebrands like Rep. Alexandria Ocasio-Cortez, D-N.Y., more closely in an effort to gather more support from young voters. Ocasio-Cortez stumped for Sanders during his run…

The uncertainties also come as polls in some battleground states are tightening – although with Biden mostly in the lead – and reports that Biden’s support among Hispanics has been lagging.

Some people on the left seem to share Bernie’s concern.

Bernie Sanders is right, @JoeBiden needs to try harder to earn the votes from Progressives! He needs to support Medicare For All & a Green New Deal!

Did I mess something??

How come Bernie Sanders is not actively campaigning for Joe Biden? The same thing happened after Sander’s endorsed Hillary Clinton. He disappeared! We need Sanders’ to get off his ass and mobilize the young Hispanic-Latino communities to Biden & Democrats. pic.twitter.com/h8zX9a1nje