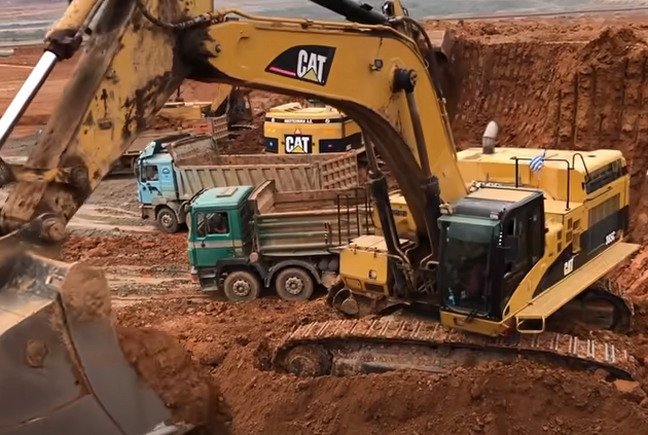 Caterpillar is the latest big company moving its headquarters from crime ridden Chicago to greener pastures in Texas.

The company has had some of their operations in Texas for many years, but now it will become their base.

Blue states are running out of the geese that lay golden eggs.

Caterpillar Inc. said Tuesday it will move its global headquarters from Illinois to an existing divisional office in Irving, Texas, in the Dallas–Forth Worth area, in another blow to metropolitan Chicago, which last month lost the Boeing Co. headquarters.

The move is “in the best strategic interest of the company,” Chief Executive Jim Umpleby said in a statement. The heavy-machinery maker has had a presence in Texas since the 1960s, it said.

Even with the move, Illinois has the largest concentration of Caterpillar CAT, -0.09% employees anywhere in the world, the company said. The headquarters was historically in downstate Peoria, Ill., before a move to the Chicago suburb of Deerfield in 2017.

Boeing BA, +5.44% in May said it was moving its global headquarters to Arlington, Va., outside Washington, D.C., promising to keep a “significant presence” in downtown Chicago, where it moved in 2001 from Seattle.

Caterpillar said it would begin the relocation this year, without proving further details.

Caterpillar said it is moving its headquarters to Texas from Illinois, weeks after Boeing unveiled plans to leave Chicago for Arlington, Va. https://t.co/H2ZUyNMfLY

BREAKING: Equipment maker Caterpillar is moving its headquarters from Chicago to Dallas

This follows Boeing who announced a move from Chicago to Virginia

This is a huge deal for Illinois. Caterpillar is part of the state’s identity. Like WA losing Boeing. https://t.co/jxRUlpg39J

Texas Governor Greg Abbott is pretty happy about it.

Today, Texas widened its lead as the #1 state in America for Fortune 500 company headquarters.

We are proud that Catapillar now calls Texas home.

We are a perfect fit for this international brand. https://t.co/qrK06SnWrR

We are witnessing an economic realignment in America.