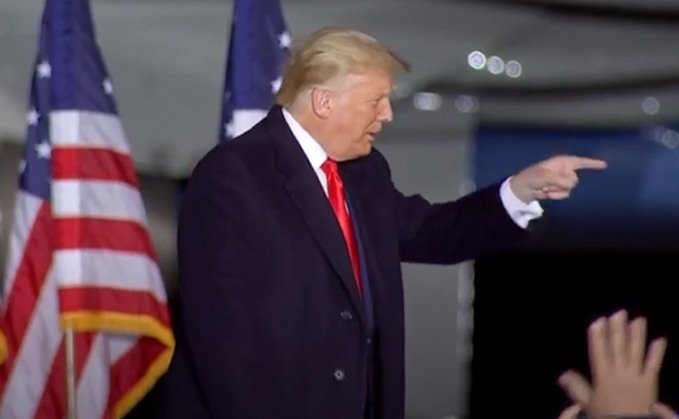 You may know there are many Democrats in Pennsylvania who are voting for Trump this year.

But would you be surprised to learn there are even elected, Democrat officials in the state who are planning to vote for Trump?

They are supposedly keeping it quiet for obvious reasons.

Here’s more from the Washington Examiner:

Yes, there is a hidden Trump vote

Sam DeMarco is chairman of the Republican Committee of Allegheny County and also an elected Allegheny County councilman at large. Allegheny County, which includes Democratic Pittsburgh, went for Hillary Clinton with 56.5% of the vote in 2016 to Trump’s 40%. In an interview Sunday, DeMarco said shy Trump voters “most definitely exist” in his county.

Some are in the upper-middle class suburbs where Trump supporters just don’t want to deal with the social aspects of neighbors asking, “How can you vote for this guy?” But others are in traditional Democratic strongholds.

“Look at the unions,” DeMarco continued. “When they endorse, they apply a lot of pressure on their guys to fall in line and support the candidate. That’s not happening now.” He mentioned a recent large oil and gas industry conference that included some local union leaders. “They said they’ve given up on trying to get their guys to vote Biden,” DeMarco recalled. “I can’t guess at the number, but if it’s in law enforcement, the building and trade unions, and oil and gas, these folks are voting Trump.”

If Trump wins by a big enough margin in Pennsylvania, there won’t be any dragged out disputes about who won the state.

If even Democrat officials are voting for Trump, that might just happen.