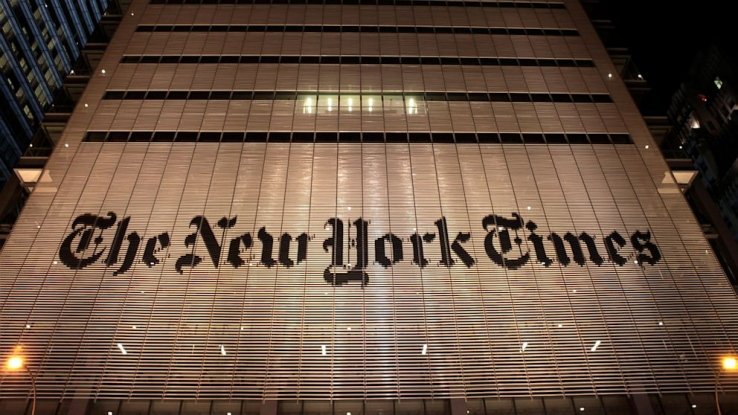 The New York Times has always been a liberal publication, but in recent months they have embraced the radical far left.

Their progressive columnists think nothing of pointing fingers at others for sins of the past.

Now it turns out that the family that owns the paper were once slave owners.

The family that owns the New York Times were slaveholders: Goodwin

It’s far worse than I thought. In addition to the many links between the family that owns the New York Times and the Civil War’s Confederacy, new evidence shows that members of the extended family were slaveholders.

Last Sunday, I recounted that Bertha Levy Ochs, the mother of Times patriarch Adolph S. Ochs, supported the South and slavery. She was caught smuggling medicine to Confederates in a baby carriage and her brother Oscar joined the rebel army.

I have since learned that, according to a family history, Oscar Levy fought alongside two Mississippi cousins, meaning at least three members of Bertha’s family fought for secession.

Adolph Ochs’ own “Southern sympathies” were reflected in the content of the Chattanooga Times, the first newspaper he owned, and then the New York Times. The latter published an editorial in 1900 saying the Democratic Party, which Ochs supported, “may justly insist that the evils of negro suffrage were wantonly inflicted on them.”

Six years later, the Times published a glowing profile of Confederate President Jefferson Davis on the 100th anniversary of his birth, calling him “the great Southern leader.”

How problematic. Will the Times address this?

“Handcuff the cops, tear down statues, rewrite the textbooks, make America the world’s bad guy — that’s what today’s Times is selling. The Times clearly owes its readers a full account of the slave holders and Confederates in its past.” #HypocriteNYTimeshttps://t.co/ygpRKBRikn

Recently, we discovered the @Guardian’s founder made his money off the back of slaves

Now it transpires the family that owns ⁦@nytimes⁩ were slaveholders