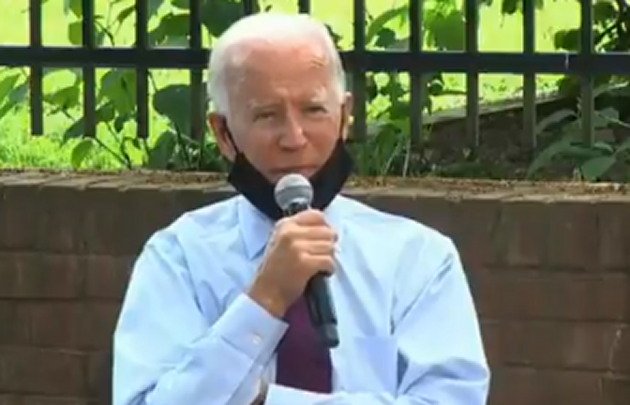 One of the reasons Democrats went with Joe Biden is because they really want to win back Pennsylvania in November.

Some polls show Biden having a slight lead over Trump in the state, but there are plenty of voters there, many of them Democrats, who know deep down that Biden and the Democrats will be bad news for jobs, especially in the energy sector.

Trump has been great for the people of Pennsylvania and they know this.

Earlier this month, Joe Biden announced his economic plan near his hometown of Scranton, part of the anthracite coal region that once fueled America’s industrial ascendance and, in 2016, secured Donald Trump’s presidential victory. Biden’s remarks were filled with the populist rhetoric that resonates with working-class voters, yet this crucial electoral demographic remains apprehensive about Democratic policies.

This is especially true in Pennsylvania, where Democrats’ positions on energy and the Covid-19 lockdowns are alienating, rather than attracting, the blue-collar voters who, for decades, formed the party’s political foundation.

One recent poll, for instance, showed Trump leading his Democratic opponent by a 51-36 margin among those who see the economy as the top issue. As Jim Lee, president and CEO of Susquehanna Polling and Research, which conducted the poll, told a local Fox affiliate: “If this becomes an economy pocketbook election, you can’t rule Donald Trump out because, on the key issue most voters care about, he’s winning among jobs voters.”

The Trump campaign and his supporters know how important Pennsylvania will be in November and they’re not taking anything for granted.

JUST IN: Pence to headline “Cops for Trump” event in Pennsylvania https://t.co/DNPZinDHcupic.twitter.com/mfUXeKDVQI

The people of Pennsylvania must choose wisely this fall. For many of them, their jobs depend upon it.