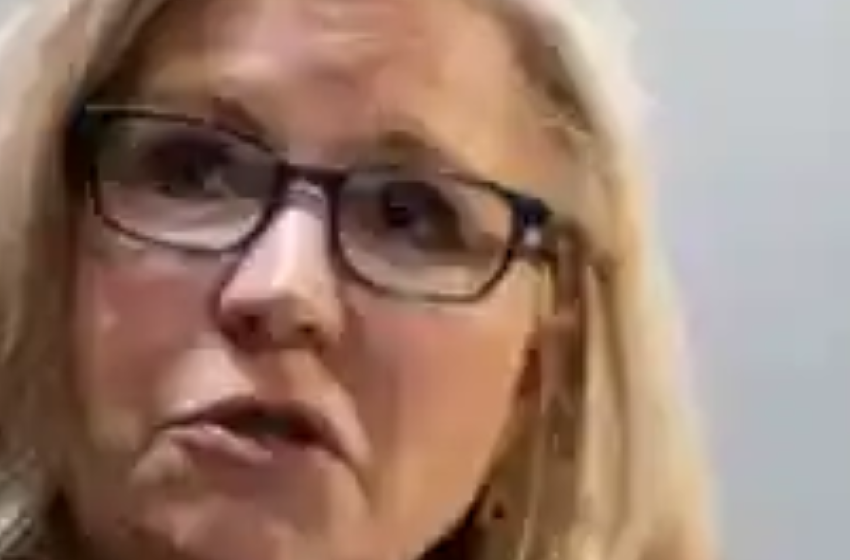 In an opinion piece for the Wall Street Journal, Cheney and far-far-Left Democrat congresswoman Zoe Lofgren planned the Electoral Count Act together.

They are using it to further the big lie that people can’t question a Democrat election.

“This raises the prospect of another effort to steal a presidential election, perhaps with another attempt to corrupt Congress’s proceeding to tally electoral votes,” Cheney and Lofgren wrote.

The bill guts the Electoral Act.

The vice president’s role overseeing the formal counting of the Electoral College vote will definitely be ceremonial if this is approved.

This follows the former President trying to convince Mike Pence, his then Vice President, to delay the approval of the electoral votes, given suspicions of a corrupt election.

Their revisions also increase the number of lawmakers in the House and Senate that need to support an objection before both chambers must vote on it.

“I think those people have all got to be defeated,” Cheney said.

“I’m very worried. I think those people must be defeated.” Cheney said during an interview hosted by CNN’s Jake Tapper that will air Sunday. “The responsibility that we all have to make sure that we make sure we defend our republic and defend our institutions has to be above politics.”

The Republicans she’s trying to take out did nothing wrong, followed the Constitution, and took everything to the courts.

Cheney is trying to take out the entire Republican Party in November.

The soon-to-be-former Rep from Wyoming is a known liar, so you can’t take what she says seriously.

Liz Cheney describes what was happening in the Republican Cloakroom on Jan. 6.

One member said under their breath:

“The things we do for the Orange Jesus.” pic.twitter.com/NvniqtFVCd

Cheney put herself above the Constitution with her Beria-like Jan. 6 committee.

.@Liz_Cheney issues yet another warning about the threat that Donald Trump and his sycophants pose to our democracy.

She’s out for vengeance but is no longer of any value to the Republican Party. She’s done but seems to think she has the power to take out a party.

.@Liz_Cheney: “It doesn’t matter what party someone belongs to if they are running on the basis that they will…refuse to certify legitimate election results in the future, they’ve got to be defeated.” pic.twitter.com/KUJR6yYn3d

Rep. Liz Cheney: ‘The elected leaders of the Republican Party downplay the violence of January 6 — and they demand that all others do the same’ pic.twitter.com/NyC87MXRNR

J6 Committee Wants to Abolish the Electoral College and Weaken the VoteJune 6, 2022In “Home of News, Politics & Opinion”

Next Up, Gutting The Electoral Count Act & Horrifically Altering ItFebruary 2, 2022In “Home of News, Politics & Opinion”