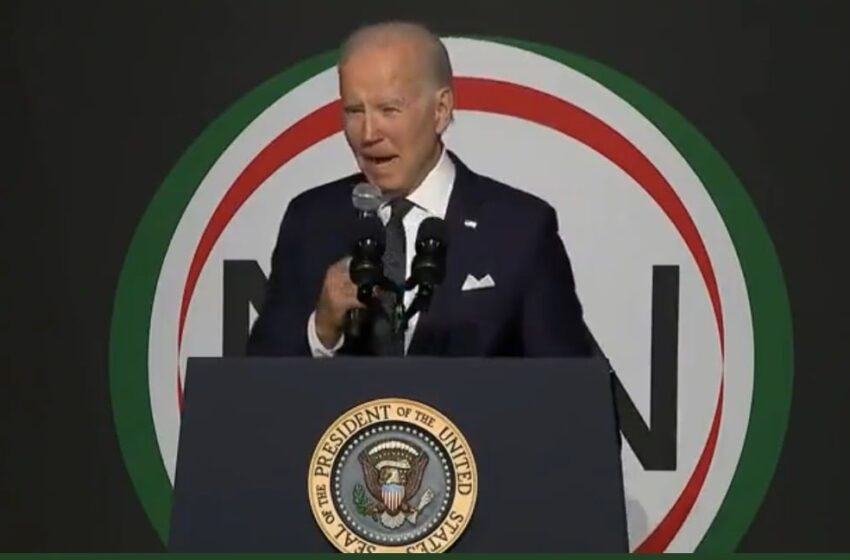 He also threatened millions of conservatives.

“I love my right-wing friends talking about how the tree of liberty is watered with the blood of patriots. If you want to take on the federal government, you need some F-15s. You don’t need an AR-15,” Biden said.

After causing record high inflation due to his tax-and-spend policies, Joe Biden had the nerve to call Republicans “fiscally demented.”

“These guys, they’re fiscally demented, I think. They don’t quite get it,” Biden said referring to Republican lawmakers.

“Attacking Republicans, calling us ‘fiscally demented’ while Washington Democrats spent at historic levels during the Biden administration to fund their Green New Deal and other liberal priorities is hypocritical,” Jackson said. “The new Republican House majority is dedicated to improving the lives of the American people by lowering taxes, balancing the budget, and working to get our country out of debt. Meanwhile, the Biden Administration is dead set on putting America LAST!”

“He’s hired 87,000 new IRS agents, while leaving our Border Patrol agents short-handed to deal with the unprecedented national security and humanitarian crisis he caused at the border,” Britt said. “And he’s turned to just about every foreign adversary possible instead of unleashing American energy independence.”

Tennessee Senator Marsha Blackburn, a Republican, told Fox News Digital that since “President Biden took office, prices have risen 13.7%, inflation has been above 6% for 15 consecutive months, and the U.S. debt has reached over $30 trillion for the first time in history.”

“Despite what the President claims, the