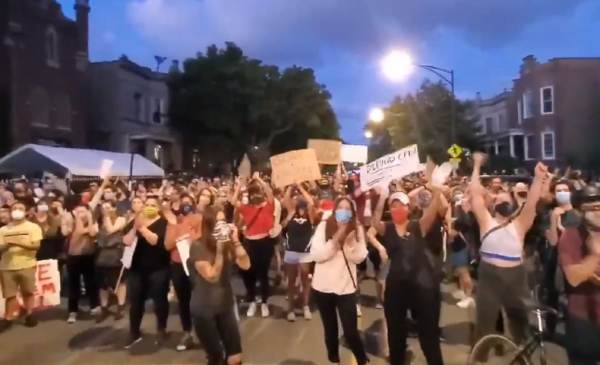 The nation’s most hideous mayor has announced that the statue of Christopher Columbus in Chicago’s Grant Park will be removed as soon as Thursday night.

Many Italian-American leaders in the city are condemning Mayor Lori Lightfoot’s decision.

Protesters demand removal of Christopher Columbus statues in Chicago. Watch at the 0:23 mark to hear the reaction when the man with a megaphone says it’s going to happen.pic.twitter.com/qSJ6bd2p1C

Rioters had attempted, and failed, to remove the statue last week. They were stopped by riot police.

Chicago Police attacked with bottles and fireworks by people who are at a Christopher Columbus statue. pic.twitter.com/9rwZEOmcK4

The rioters then had the audacity to file at least 20 complaints of police brutality against Chicago cops. One of them, an activist named Miracle Boyd, claims that she had a tooth knocked out after being hit in the face by an officer.

The Chicago Tribune reports that the decision to remove the statue was “in part to avoid another high-profile confrontation between police and protesters like the one that happened last week.””