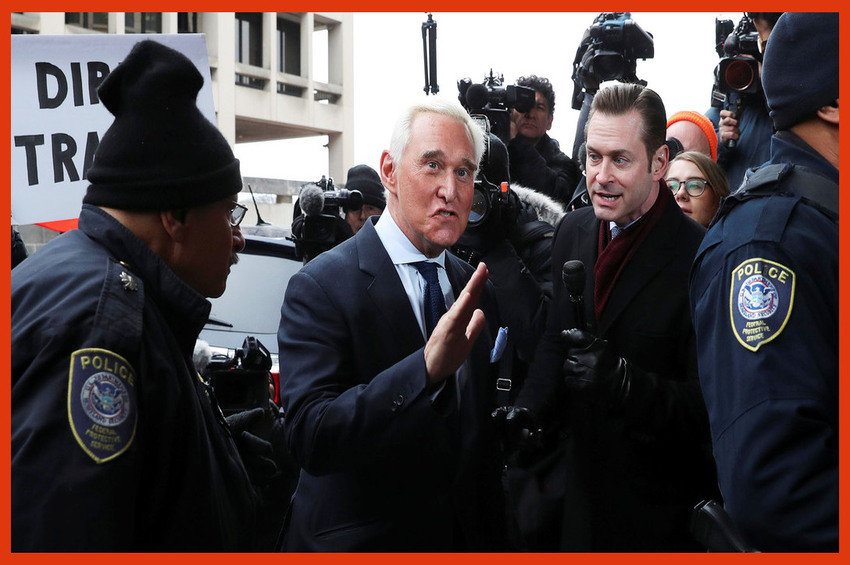 Political operative and Trump ally Roger Stone was sentenced Thursday to three years and four months in prison on charges of obstruction of justice and lying to federal investigators in course of the Mueller probe.

The final sentence is closer to Barr’s revised recommendation.

“Any suggestion that the prosecutors in this case did any thing untoward or unethical is incorrect,” Judge Amy Jackson said. Regarding Stone, Jackson commented “At his core, Mr. Stone is an insecure person who craves and recklessly pursues attention.”

Stone had lied to investigators regarding his connection to Wikileaks, after he tried to obtain information from Wikileaks on emails leaked from the Democratic National Committee in a Russian hacking operation.

President Trump has been vocal in his criticism of the Stone sentencing. When the Justice Department released its original sentence recommendation of seven-to-nine years, Trump wrote on Twitter that the recommendation was unfair.

Attorney General William Barr then stepped in to help soften the sentencing recommendation, after which all four of the Justice Department prosecutors on the case resigned or withdrew from the case. Trump then congratulated Barr on Twitter for “taking charge” of the case, leading to accusations from Democrats that the President had pressured Barr to change the sentencing.

Barr, in an interview following the revised recommendation, directly criticized Trump for tweeting about the case.

“I cannot do my job here at the department with a constant background commentary that undercuts me,” Barr told ABC.

ZACHARY EVANS is a news writer for National Review Online. He is a veteran of the Israeli Defense Forces and a trained violist.