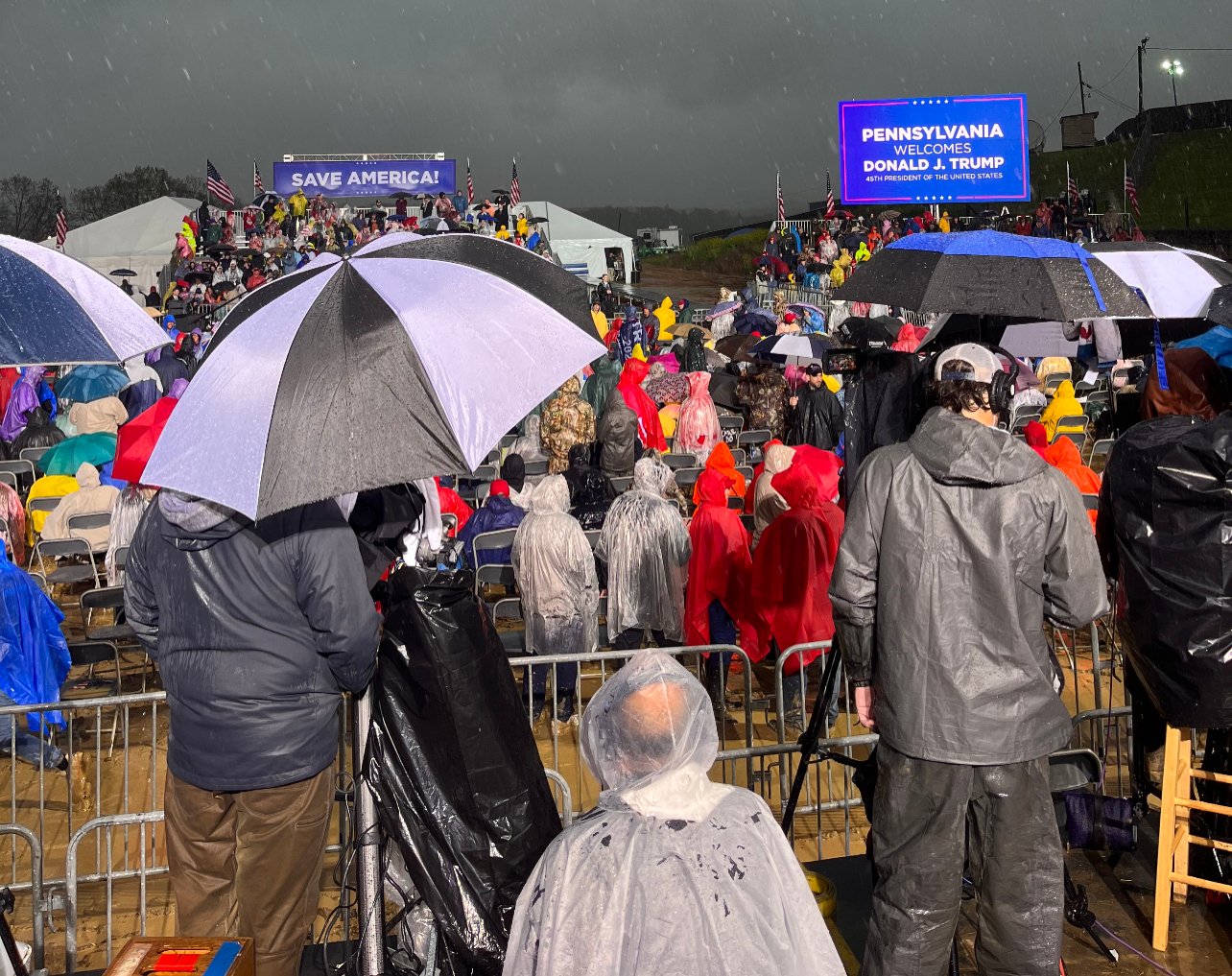 Tens of thousands of brave patriots are braving the cold rain and standing in mud for hours to see their favorite President deliver remarks tonight in Greensburg, Pennsylvania.

As The Gateway Pundit previously reported, President Trump will screen Dinesh D’Souza’s new documentary, 2000 Mules, which exposed the criminal organization that stole the 2020 election during the rally.

Dinesh took the stage earlier to warm up the cold, wet crowd and present his election-changing findings to thousands of Patriots. He revealed, “there are at least 400,000 fraudulent votes… and if you re-do the electoral map, you’ll see that means that Trump WON the 2020 election.”

WATCH: Dinesh D’Souza Speaks At Save America Rally In PA: “In This Movie, We Show That There Are At Least 400,000 FRAUDULENT VOTES – TRUMP WON THE 2020 ELECTION”

According to Save America attorney and standout OANN anchor Christina Bobb, up to 20,000 people are weathering “torrential downpour” just to see the real President speak and watch this film. “I may as well stand under a hose,” she added.

“The MAGA faithful have come out in the pouring rain in Greensburg,” Liz Harrington tweeted.

The MAGA faithful have come out in the pouring rain in Greensburg, PA!

Joe Biden couldn’t even pull 20 people in 80-degree weather. How could anybody believe he won the 2020 election?

TGP reported on a new poll by Rasmussen Reports showing that if a free and fair 2024 election were held today, President Trump would crush feeble Joe Biden by double digits.

Stolen elections have catastrophic consequences, and our country is “going to hell” because of 2020.

President Trump is expected to speak on the heinous election crimes exposed in True The Vote and Dinesh D’Souza’s 2000 Mules and the disastrous state of our great Country.