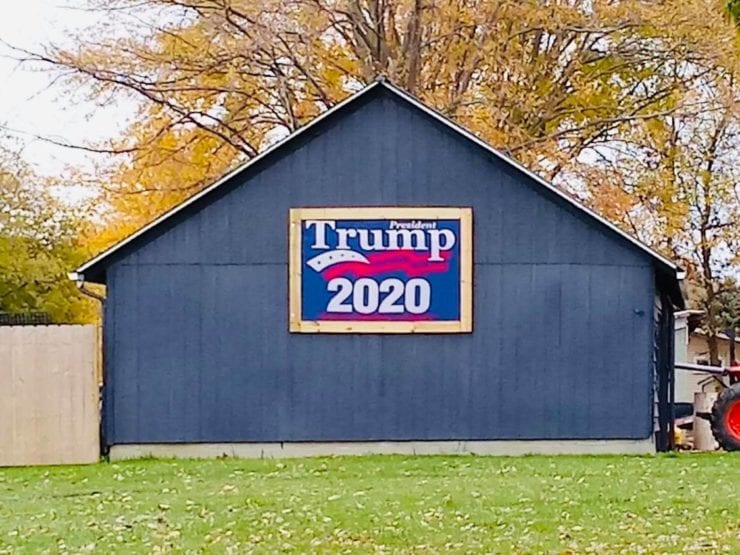 The untold story of a battle to reveal the truth about Dominion voting machines is brewing in Michigan and not surprisingly, it’s getting very little coverage by the mainstream media. In a solidly red county in northern Michigan where Trump banners, flags, and yard signs can be found in almost every front yard, voters woke up to discover Joe Biden had walloped President Trump in the November 3rd general election. The media called it a “glitch” and blamed it on human error.

Earlier this week, we reported about a lawsuit filed by Matthew DePerno of DePerno Law on behalf of Central Lake resident William Bailey. In addition to thousands of votes that were flipped from President Trump to Democrat candidate Joe Biden, Bailey was concerned about ballots that were re-run through the Dominion tabulator machine after a 262-262 tie on a vote a ballot initiative that would allow a marijuana establishment to be located within the Village of Central Lake.

While ballots were being inserted into the machine, 3 of them were destroyed and were not placed through the tabulator. At the conclusion of the recount by the tabulating machine and with three fewer votes, the result was 262-261, and the initiative passed. Of course, this result could only be possible after 3 of the ballots were destroyed.

In Central Lake’s School Board election, 742 votes were added to the total after a recount on November 6. (First image)

Dominion’s vote totals showed 663 people voted in a district where there were only 6 eligible voters and only 3 of those 6 actually voted. Somehow, Dominion added 660 additional votes to the final tally. (Second image) 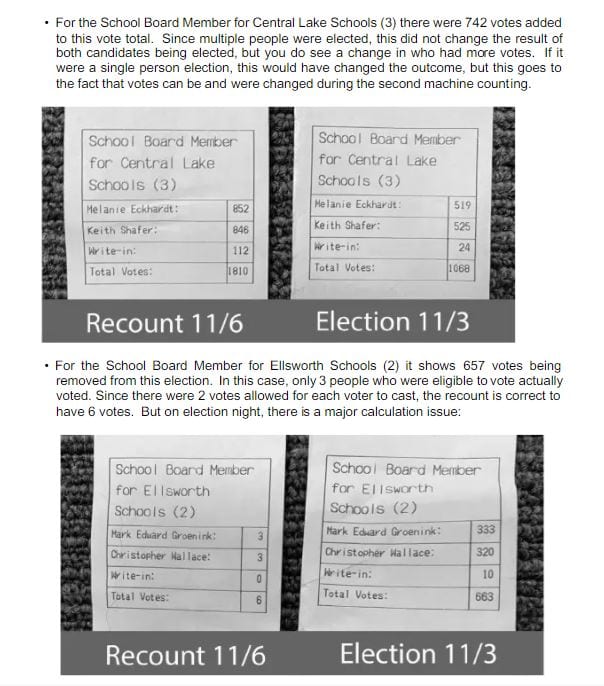 “Based on all the allegation of fraud, statutory violations, and other misconduct,” DePerno wrote, “it is necessary to immediately permit the plaintiff to take a forensic image of the 22 precinct tabulators, thumb drives, related software, the Clerk’s “master tabulator,” and conduct an investigation of those images, after which a manual recount of the election results and independent audit of the November 3 election may be ordered to ensure the accuracy and integrity of the election.”