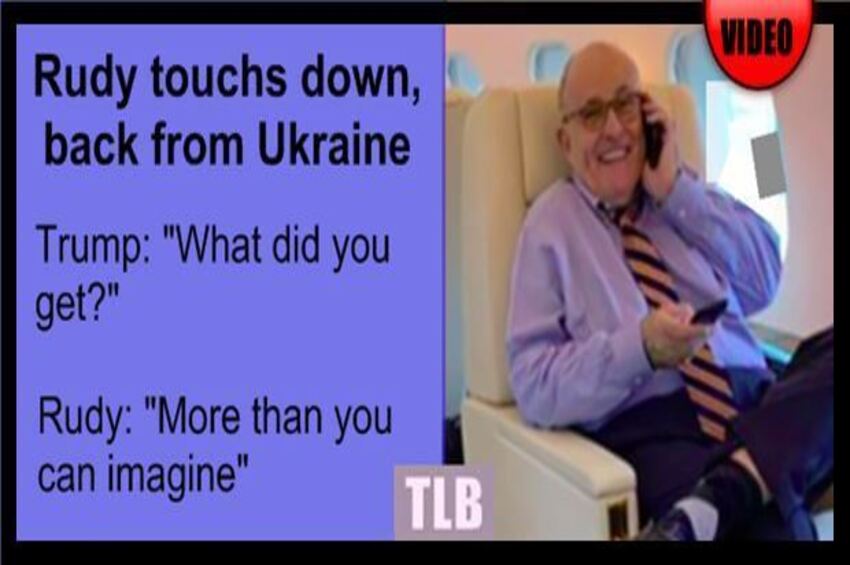 Over His Ukraine Findings 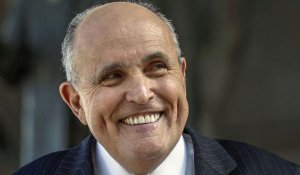 Rudy Giuliani is grinning like the Cheshire cat. His standard smile.

For the past several weeks, the personal attorney to President Trump has been in Ukraine, interviewing witnesses and gathering evidence to shed light on what the Bidens were up to during the Obama years, and get to the bottom of claims that Kiev interfered in the 2016 US election in favor of Hillary Clinton. He has enlisted the help of former Ukrainian diplomat, Andriy Telizhenko, to gather information from politicians and ask them to participate in a documentary series in partnership with One America News Network (OANN) – which will make the case for investigating the Bidens as well as Burisma Holdings – the natural gas firm which employed the son of a sitting US Vice President in a case which reeks of textbook corruption.

According to the Journal, Giuliani will present findings from his self-described “secret assignment” in a 20-page report.

Trump and Giuliani say then-Vice President Biden engaged in corruption when he called for the ouster of a Ukrainian prosecutor who had investigated a Ukrainian gas company where Hunter Biden served on the board. The Bidens deny wrongdoing, and ousting the prosecutor was a goal at the time of the U.S. and several European countries. –Wall Street Journal

Apparently the three journalists who collaborated on the article didn’t get the memo that two countries can meddle at the same time, nor did any of them read the January, 2017 Politico article: Ukrainian efforts to sabotage Trump backfire – which outlines how Ukrainian government officials conspired with a DNC operative to hurt the Trump campaign during the 2016 election – a move which led to the disruptive ouster of campaign chairman Paul Manafort).