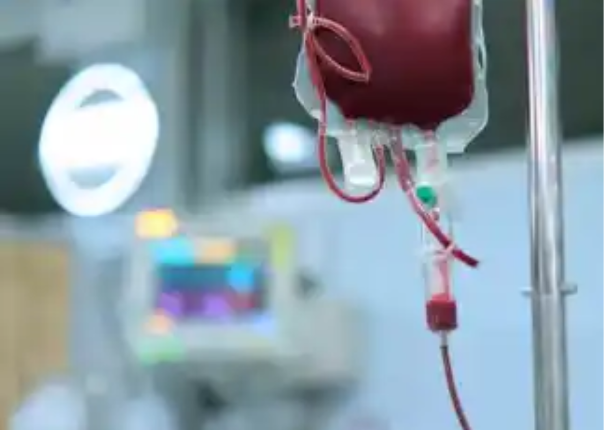 ‘SafeBlood’ Sets Up Blood Banks for the Unvaccinated

People in the medical community have been reporting a growing number of people asking for transfusions of un-vaxxed blood for upcoming medical procedures. “SafeBlood Donation” was founded by Swiss naturopath George Della Pietra, who believes global coronavirus vaccination campaigns to be “the crime of the century.”

Traditional vaccines use inactivated virus proteins called antigens to stimulate the body’s immune system to build up a resistance to viruses and diseased. The experimental mRNA vaccines, such as the Pfizer-BioNTech, and Moderna COVID vaccines, rely on an untested experimental technology that uses the genetic sequence of the antigen to trigger the body into producing antibodies.

The American Red Cross and other major blood collectors worldwide say (without scientific evidence) that blood from people who’ve had the experimental mRNA gene modification drugs posing as vaccines is safe. But the vaccines are designed to generate an immune response that is said to generate “spike proteins,” which may, after that, be shed.

Della Pietra claims fears about the new mRNA technology are making some anti-vaxxers wary of getting necessary medical treatments that could require a blood transfusion and are now demanding a reliable supply of unvaccinated so-called “safe blood.”

“I get hundreds of emails asking me, ‘Do you have blood [available], because I have surgery coming up in three weeks,’” he told VICE World News.

“We want to be a platform for people who want to have the free choice of blood donors,” he said. “Whether they think there is a real conspiracy theory going on, that the New World Order [is happening], or if they simply say ‘I just don’t want it’ for whatever reason’.”

SafeBlood Donation reflects a widespread belief anti-vaxxers’ biological products will take on unprecedented value in an mRNA-vaccinated world. Globally, authorities claim more than half of the world has been vaccinated with some variety of the eight major Covid-19 vaccines.

On social media, the unvaccinated have adopted the term “purebloods.” Some in the mainstream media have wrongfully accused them of being “anti-vaxxers” when they are not against vaccines according to the original definition.

SafeBlood Donation now has members in at least 16 countries and hopes to eventually open blood banks providing unvaccinated plasma for its members. For now, the group’s initial goal is to pressure hospitals and health authorities worldwide into permitting so-called “directed donations” of unvaccinated blood.

For the propagandists of the mainstream media who try to discredit SafeBlood as some new form of conspiracy theorist, American blood donations are already screened for:

Directed donations are already allowed by the medical community in specific situations where it is medically necessary, such as to source a rare blood type. Still, they have been refusing growing requests for “unvaccinated” blood. Due to misinformation, the medical consensus is that there’s no risk of harm from being transfused with blood from people who have had the COVID vaccines.

The truth is no research has been done to support this claim, so the medical community honestly does not know the future impact of an unvaccinated person receiving the blood of a vaccinated person. The US Food and Drug Administration continues to say there’s no evidence to suggest “an increased risk of adverse events” without examining the newest in evidence.

Della Pietra personally holds the view from his studies that vaccinated blood contains horrifying contamination. “I’ve never seen blood like this. This was, to be honest, the main reason I started the whole thing because when I saw this, I was so horrified,” he said. He said, “The whole vaccination thing is, from my point of view, mainly to do with controlling people.”

SafeBlood Donation members are writing to authorities requesting them to change their policies to pressure medical authorities to allow directed donations. His group also advises its members who are due to have medical treatments involving transfusions to draw up “living wills,” stating that they do not consent to receive blood transfusions from the general blood supply thus far untested for vaccination status. He suggests naming unvaccinated individuals as direct donors instead of threatening to sue hospitals if they do not comply.

The group advises its members not to identify themselves as anti-vaxxers “because then you are immediately ‘the enemy’ of the medical establishment.”

SafeBlodd Donation members pay an initial joining fee of €50 (£43.62, $51.80), followed by €20 each year after that. The organization is being promoted on Telegram as that messaging app is said to be the most popular in anti-vax and COVID conspiracy theorist circles.

Della Pietra would not reveal the group’s membership numbers to VICE World News but claims the group is gaining momentum. “Once we have a large presence in most countries, there will be no getting around us, and let me tell you – we are well on our way to achieving that goal.”

There is also talk going on around the globe that sperm donations from unvaccinated men could be “the next Bitcoin.” This is due to stillbirth rates have risen dramatically since the introduction of the Covid-19 vaccines in the global population in 2021.

Those wishing to read the original VICE World News source article can find it here.

Mark S. Schwendau is a retired technology professor who has always had a sideline in news-editorial writing where his byline has been, “Bringing little known news to people who simply want to know the truth.”  He classifies himself as a Christian conservative who God cast to be a realist.  Mark is an award-winning educator who has published seven books and numerous peer-reviewed trade journal articles, some of which can be found on the Internet.  His father was a fireman/paramedic, while his mother was a registered nurse.  He holds degrees in technology education, industrial management, OSHA Safety, and Driver’s Education.  His website is www.IDrawIWrite.Tech.

The COVID Vaccinated Dead Have Strange ClotsSeptember 9, 2022In “Columns”

Fauci called out for “hating children” and “blood-boiling nonsense”April 28, 2021In “Home of News, Politics & Opinion”