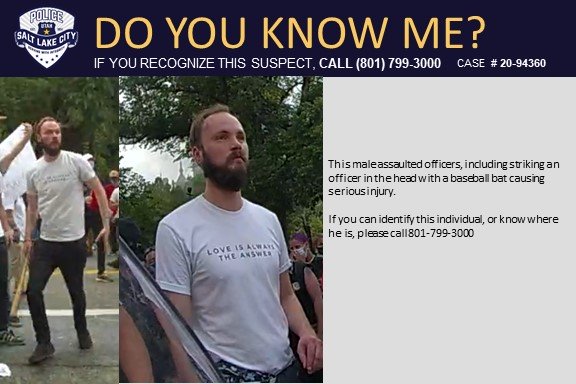 Salt Lake City police on Wednesday asked the public’s help identifying a man who hit an officer over the head with a baseball bat which caused serious injury.

Ironically, the violent leftist donned a shirt that said, “Love is always the answer.”

We still need your help. This individual assaulted officers, including striking one in the head with a baseball bat which caused serious injury. If you can identify him, or know where he is, please call 801-799-3000. pic.twitter.com/MatvtMnyoC

Salt Lake City police and Provo police successfully identified the Antifa terrorist in the shooting that wounded a Utah driver with help from the public.