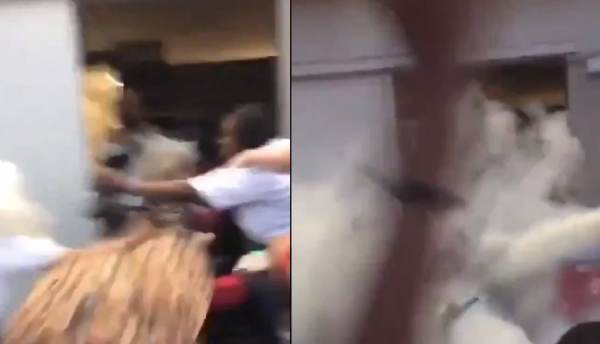 Savage animals looting a Minneapolis Target during a riot over “police brutality” attacked an elderly white woman in a wheelchair on Wednesday evening.

The person who posted the video claimed that the nearly immobile woman was “stabbing people,” though it appeared she was attacked for being in the way of looters trying to get out the door with their stolen goods.

After being violently assaulted by one of the feral looters, she was sprayed with a fire extinguisher for an extended amount of time.

Elderly White Lady in a wheelchair is attacked by the mob !

We are attempting to find out the condition of the woman and will update this post when it is available.

The looters and rioters caused violence and chaos throughout the city over what they believe to be a case of brutality in the death of George Floyd while in police custody.

The mobile police camera just went into the fire. pic.twitter.com/GotDEUiKvP

The riot is currently ongoing.