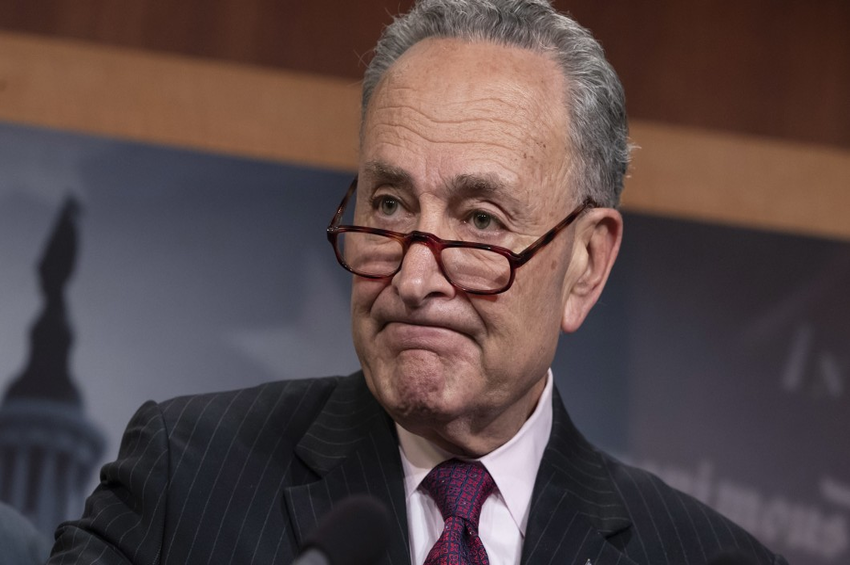 Senate Minority Leader Chuck Schumer signaled it will be difficult for Democrats to find four Republicans needed to win a vote to summon impeachment witnesses.

Schumer, a New York Democrat, told reporters Saturday it would be “a hard road” to win over enough GOP lawmakers.”

Schumer said the defense team “made a really compelling case for why the Senate should call witnesses and documents.”

Trump’s lawyers argued their case for only two hours against two impeachment articles accusing President Trump of abuse of power and obstruction of Congress.

Democrats don’t want the trial to end without calling four Trump administration officials to testify. They are also seeking four sets of documents. All of the additional evidence is related to allegations by Democrats that Trump used security aid to pressure Ukraine to investigate former Vice President Joe Biden.

“If you’re a Republican and you think that the case that was that was made today was strong, then why not have witnesses and documents?” Schumer said after the defense concluded for the day

Only a handful of GOP lawmakers have expressed interest in hearing from witnesses. No Republican has announced yet that they will vote in favor of calling witnesses.