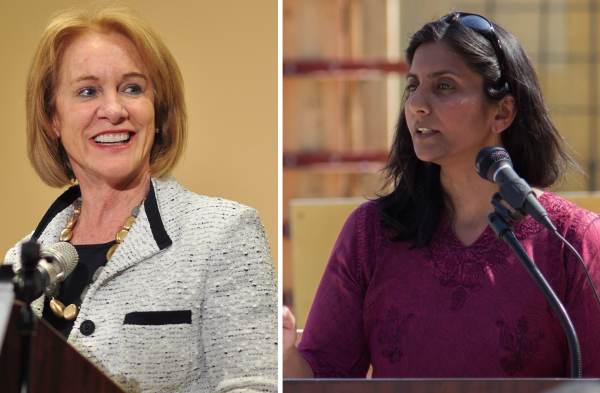 After initially passing off CHAZ/CHOP as an innocuous dance party, Seattle mayor Jenny Durkan is now calling for the communist utopia to be dismantled after a series of shootings have taken place there and citizens are pursuing legal action against the city for letting the cesspool grow.

The mob, of course, is now turning their rage toward Mayor Durkan. Led by open marxist city councilor Kshama Sawant, the horde descended upon the mayor’s home to protest on Sunday. This has now prompted Durkan to call for investigating Sawant’s ties to the terrorists and the rumors that Sawant was the one who unlocked the doors to city hall to let the terrorists take over the building a few weeks ago. Durkan is calling for the possible expulsion of Sawant from the city council.

Mayor Jenny Durkan in a letter Tuesday called for the Seattle City Council to investigate councilmember Kshama Sawant, accusing her of taking actions that “undermines the safety of others.”

“As leaders of the City, it is incumbent upon all of us to bring people together in one of the City’s most challenging times,” Durkan wrote in the letter addressed to Council President M. Lorena González. “However, I have deep concerns about the continued actions of a Councilmember that I am requesting that you and the Council exercise your duties as described below.”

In the two-page letter, Durkan pointed to Sawant’s actions earlier this month in letting hundreds of protesters fighting against police brutality and systemic racism into City Hall, which she said was closed to the public due the novel coronavirus pandemic. Durkan said Sawant’s actions put the safety of protesters and city workers at risk.

Durkan also accused Sawant of encouraging people at a rally to “illegally occupy City property, the East precinct, at a time the City has been trying to de-escalate the situation and ask individuals to depart because of violence in the area.” Protesters have been occupying the area around the East Precinct, known as CHOP, for weeks now after Seattle police earlier this month left the building and let protesters move freely throughout the area. The city has said SPD will be returning to the building, but has not given a definitive timeline. Some protesters have pledged to remain in the zone until their demands