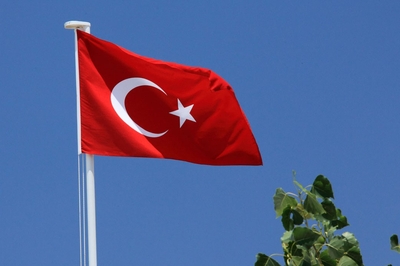 At any dinner party conversation, the refrain is practically the same.

“It’s the immigrants,” someone will say.

“It’s the refugees.”
“There are too many.”
“Too many.”
“They are trying to change our culture.”
“This is my country – my beautiful country. They don’t belong here.”

They sound like the dialogues you’d hear among white supremacists in America or Marine Le Pen supporters at the best restaurants of Paris. But they are among Turkey’s liberal, secular intelligentsia, unapologetically concerned about a growing Islamization of their country.

“If this makes me racist, then I’m a racist,” one woman told me.

And it isn’t just the intelligentsia – the art dealers, the university professors, the U.S.-educated architects and doctors. It’s the shopkeepers, the taxi drivers, the merchants at the Grand Bazaar. “The immigrants,” they tell each other, and they nod.

Around 4 million refugees live in Turkey now, most of them escapees from Syria’s 11-year-old civil war. Others – as many as 500,000 – have come more recently from Afghanistan, new arrivals since the Taliban took power in August. And then there are the “visitors” from North Africa and Pakistan who simply overstayed their visas. Now, with the Turkish economy hitting 70 percent inflation, and unemployment rising as fast as housing prices and the cost of a loaf of bread, Turkish citizens have had enough.

“Babies!” a friend exclaims. “They keep having babies!” A taxi driver in his late 20s tells me refugees produced 750,000 children last year – a figure he may or may not have pulled from thin air – “and they are all automatically Turkish. It has to stop. They have to leave.”

That sentiment – noticeably more vehement on a recent visit than it was even just last November — has not just captured the country’s front-page headlines. It has transformed the outlook for next year’s presidential and parliamentary elections, events made the more momentous by the fact that 2023 marks the 100th anniversary of the Turkish Republic. Many believe that the election will decide the fate of Kemal Ataturk’s vision for the country that he founded, and his hopes for a Western, secular democracy to flourish where Ottoman sultans once held theocratic rule.

As it is, Ataturk’s vision has already been strained for two decades under the autocratic rule of Turkey’s Islamist president, Recep Tayyip Erdogan, who has slowly worked to return the country to its religious Islamic roots. Now, with the current refugee and concurrent economic crises, the question of Turkey’s future has become more salient than ever.

It is no coincidence that the rising nationalism and a anti-immigrant fervor come at a time of economic difficulty for the country: the two frequently – and historically — go hand-in-hand, feeding racism and national sentiment everywhere in the world. But in Turkey, the situation seems especially hot. In Istanbul, scarfless Turkish women wince at the sight of foreigners in hijab. Men complain about the Syrian workers threatening their jobs.

Erdogan “has made contradictory statements over Ankara’s refugee policy, which has long been criticized by opposition parties,” Ahval News points out.

He simultaneously is promising to provide housing in Idlib and elsewhere in northern Syria — where Turkey holds political sway — and assuring Syrians in Turkey that they are welcome to stay if they want. The reality, Ahval News adds, is that “a massive return to Syria for Turkey’s migrant population is out of the question for now as Ankara and Syrian President Bashar Assad cannot reach a agreement until Turkey leaves the occupied areas in northern Syria.”

Umit Ozdag, a rising far-right politician and founder of the nationalist Victory party, promises to send Syrians back home despite the realities in international law and humanitarianism that would make that nearly impossible. Others, like opposition leader Kemal Kilicdaroglu propose a gradual, but more practical, repatriation policy.

Moreover, Idlib remains unsafe, with scarce water and destroyed infrastructure; and the European Council on Foreign Relations has noted that there is no certainty that terrorist groups like Hay’at Tahrir al Sham or ISIS will not re-emerge there.

Compounding the problem is the fact that Syrian refugees are willing to work for lower wages. They may be taking jobs from Turkish nationals, but hiring Turks will mean raising prices – unthinkable at a time of so much inflation and the continuing crumbling of the Turkish lira. The currency has plunged from six liras to the dollar in January 2020 to 15.4 to the dollar earlier this month.

But this also goes well beyond the economy. The educated – and largely secular – classes, according to a political expert I spoke with, are leaving the country as fast as lesser-educated, more religious immigrants are coming in. The source, who asked not to be named, noted that many of these more religious immigrants are forming their own communities with high crime rates and gangs. A drive through many of these neighborhoods testifies to this: few Turks live on these streets, and drug dealers on the sidewalks late at night have made them perilous areas, especially for women. Many harass secular Turkish women, many of whom wear often revealing European designer fashions.

“They are not like us,” a friend says. “They have different customs, different languages. We cannot absorb them, and they don’t want to be absorbed. They want us to become like them.”

When I tell her that this is exactly what Europeans say about Turkish guest workers who emigrated there, she shrugs. “It is a huge problem for us,” she says.

In some ways I understand her, and agree. Turkey is a Muslim-majority country. But it was founded on principles of secularism. A deeply religious refugee population that is not only subsidized by taxes, but is likely to sway an already-delicate balance of the country towards devout conservative Islam could destroy much that Turkey has achieved, and indeed the entire legacy of Ataturk, whom the Turkish people still revere as almost holy.

At the same time, Turks’ concern about assimilation and the influx of religious Syrians, Afghans and others points to how profound the problem could become, moving beyond Turkey’s borders and into the rest of Europe.

As Syrians and other foreigners face growing violence and discrimination, some argue that many will choose to head towards Europe instead of to their homeland – aided by traffickers, if necessary.

Moreover, it was at the urging of European leaders (and a €6 billion payment) that Erdogan blocked the borders for Syrian refugees seeking to travel from Turkey into the EU. As a result, immigrant sentiment in Turkey has also boiled over into resentment of Europe: according to my political source, “Turkey is becoming a warehouse of immigrants. People see that Europe is paying money to Turkey to keep all immigrants in Turkey and stop them from going to Europe.” Indeed,
“Europe needs to do its share. They stuck us with this” is an oft-repeated complaint.

All of which leaves Turkey – and potentially Europe – at a critical turning point. Looking toward next year’s elections, it’s clear that Erdogan is truly vulnerable for the first time in his 22 years in power. His poll numbers already suffer from the country’s economic woes. At the same time, should he be re-elected and the immigrant problem continue, it is Turkey’s secularism that will be most at risk.

But my taxi driver is certain. “He will not win again,” he predicts. “The economy you can fix. The inflation you can fix. With good policy you can fix any of these things. The refugees you cannot fix. It has to stop. People have had enough; we need someone to do something.”

I tell him that some people believe Turkey’s president will formulate a crisis and cancel the elections.

“Then,” he says, and his expression is serious and determined, “there will be a revolution.”