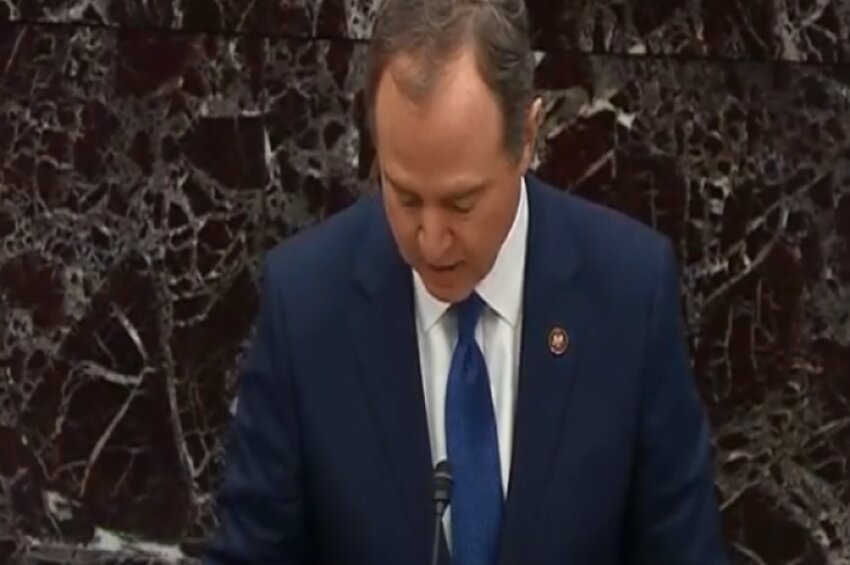 (CNSNews.com) – Rep. Adam Schiff (D-Calif.), the chairman of the House intelligence committee, has released all but one of the transcribed interviews his committee conducted privately as part of their impeachment process.

At the impeachment trial on Wednesday, Republicans asked why Schiff is still withholding the transcript of Intelligence Community Inspector General Michael Atkinson, who testified about the whistleblower and his complaint in closed, executive session on Oct.

Schiff has released the other 17 witness transcripts. But not Atkinson’s. Why?Schiff explained to the Senate:

The intelligence committee is continuing its ongoing oversight to determine why and how this complaint was initially concealed from the committee in violation of the law.

The ICIG, Michael Atkinson, continues to serve admirably and independently, as he is supposed to do. Like the Senate intelligence committee, the House intelligence committee does not release the transcripts of its engagements with inspector-generals on sensitive matters because doing so risks undercutting an important mechanism for the committee to conduct oversight.

The transcripts remain properly classified in conformity with IC requirements to protect sensitive information. The ICIG made every effort to protect the whistleblower’s identity and briefed us with the…expectation, rather, that it would not be made public, and we are trying to honor that expectation.

Next up, President Trump’s personal attorney Jay Sekulow remarked on Schiff’s insistence on confidentiality for the whistleblower, while demanding that former National Security Advisor John Bolton spill his private conversations with the president:

But I also thought it was just interesting that manager Schiff just talked about the importance of how they control the process as it relates to a whistleblower report because of the sensitive nature of those.

Do we not think that the sensitive nature of information shared by the president’s most senior advisers should not be subject to the same type of protections? Of course, it has to be.