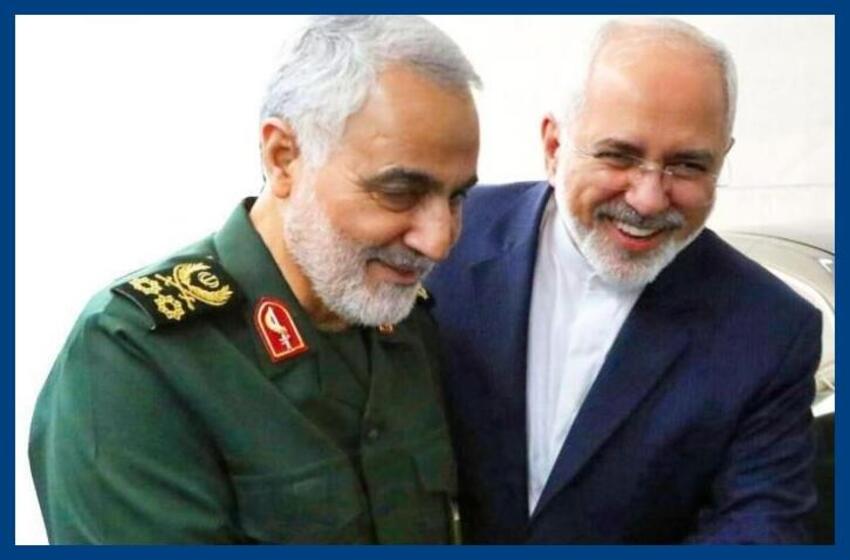 Sen. Chris Murphy, D-Conn. (Getty Images)(CNSNews.com) – Sen. Chris Murphy (D-Conn.) confirmed Tuesday that he met with Iranian Foreign Minister Javad Zarif on the sidelines of a security conference in Germany at the weekend, justifying his decision to do so by saying that “if [President] Trump isn’t going to talk to Iran, then someone should.”

“I have no delusions about Iran,” Murphy wrote in an article about his attendance at the Munich Security Conference, which followed a visit to Ukraine. “But I think it’s dangerous to not talk to your enemies,”

“Discussions and negotiations are a way to ease tensions and reduce the chances for crisis,” he said. “But Trump, of course, has no such interests.”

Murphy’s meeting with Zarif was first reported by The Federalist on Monday.

Murphy said he had several goals in mind for his meeting with Zarif – with whom he had met on previous occasions, “during both the Obama and Trump Administrations.”

He wanted to talk about reprisal attacks for the killing in a U.S. airstrike of Qods Force commander Qassem Soleimani, and to make it “100 percent clear to him that if any groups in Iraq that are affiliated with Iran attack the United States’ forces in Iraq, this will be perceived as an unacceptable escalation.”

(Zarif told the Munich conference earlier that day that “revenge” attacks would likely continue, not instigated by Iran, because Iraqis were angry.)

Murphy said he also wanted to request the Iranian regime’s help in bringing the civil war in Yemen to an end; and to push for the release of Americans incarcerated in Iran.

“I don’t know whether my visit with Zarif will make a difference. I’m not the President or the Secretary of State – I’m just a rank and file U.S. Senator,” Murphy wrote.

“I cannot conduct diplomacy on behalf of the whole of the U.S. government, and I don’t pretend to be in a position to do so.”

“But if Trump isn’t going to talk to Iran, then someone should. And Congress is a co-equal branch of government, responsible along with the Executive for setting foreign policy. A lack of dialogue leaves nations guessing about their enemy’s intentions, and guessing wrong can lead to catastrophic mistakes.”

Zarif, viewed in some quarters as a “moderate,” described himself at the weekend as a good friend of Soleimani.

He recently told a Lebanese TV station that he and Soleimani had held weekly meetings, and described learning of Soleimani’s “martyrdom” as “one of the most bitter moments” of his life.

Zarif described Soleimani as “a true soldier of peace.”

Trump has described Soleimani as “the Iranian regime’s most ruthless butcher” and “the world’s top terrorist.”

Soleimani isn’t the first leading terrorist to be feted by Zarif. In 2014 he laid a wreath at the tomb in Lebanon of Hezbollah’s Imad Mughniyah, an FBI “most wanted” terrorist implicated in numerous terror attacks including the 1983 suicide bombing of the U.S. Marine barracks in Beirut, which cost 241 American lives.

(Mughniyah was killed in a bomb blast in Damascus in 2008, blamed on the CIA and Israel’s Mossad.)

When Mughniyah’s successor, Mustafa Badreddine – also linked to the 1983 carnage in Beirut – was killed in a bombing attributed to anti-Assad rebels in Syria in 2016, Zarif sent a message of condolence to Hezbollah’s leader, saying his “martyrdom” would further strengthen “resistance” forces against the Zionist enemy and terrorism.

Former Secretary of State John Kerry, Zarif’s negotiating partner in the marathon talks that produced the 2015 nuclear deal, met privately with the Iranian foreign minister on several occasions after he left office, prompting Trump to charge, more than once, that Kerry had violated the Logan Act.

.The 1799 Logan Act prohibits unauthorized persons from negotiating with foreign governments which have a dispute with the United States. No-one has been convicted for violating the act

In 2015, 47 Republican senators signed a letter to the Iranian regime suggesting that a nuclear agreement between President Obama and supreme leader Ayatollah Ali Khamenei would be an executive agreement which another president or Congress would be empowered to abrogate.

The initiative prompted some critics to invoke the Logan Act.

Among the Democrats who condemned the letter was Murphy, who accused the signatories of “undermining the president.”

“I can’t even imagine the uproar if Democratic senators [had been] writing to Saddam Hussein in the lead up to the Iraq War,” Murphy told the National Journal at the time.