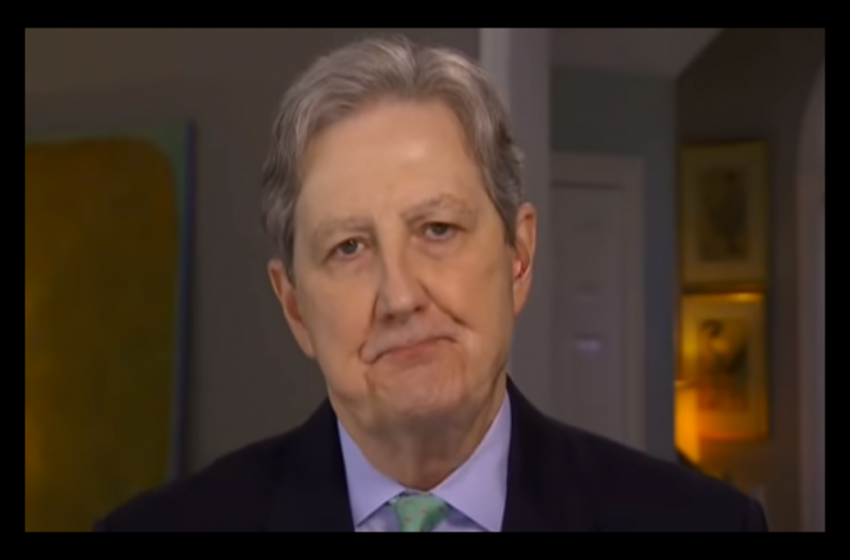 Tell us how you really feel? That’s precisely what Sen. John Kennedy (R-La.) appeared to do on Sunday when he spoke with Fox News’ Maria Bartiromo on “Sunday Morning Futures.”

Bartiromo asked Kennedy why he thinks that the new $3 trillion virus bill that passed in the House of Representatives on Friday is “as dead as fried chicken once it hits the Senate. Among other observations, Kennedy said there is one impediment in particular that would prevent the Senate from also passing the bill.

“My fellow Republicans in the Senate have tried to see things from the speaker’s point of view, but we can’t get our heads that far up our rear ends,” Kennedy said of House Speaker Nancy Pelosi (D-Calif.).

Well it’s not a coronavirus bill as much as it is an effort by the Speaker and her colleagues to rewrite the rules for American society. This bill, her bill, would rewrite the immigration laws. Her bill would federalize elections. Our elections have always been run by states and local governments. Her bill would begin the process of federalizing the elections. It would allow federal prisoners to go free. It mentions dope more than it talks about jobs. I think it references cannabis, like, 68 times. It would expand Obamacare.

Kennedy reiterated that the bill’s cost is also what should be prohibiting its passage.

For Kennedy’s comments, watch below: