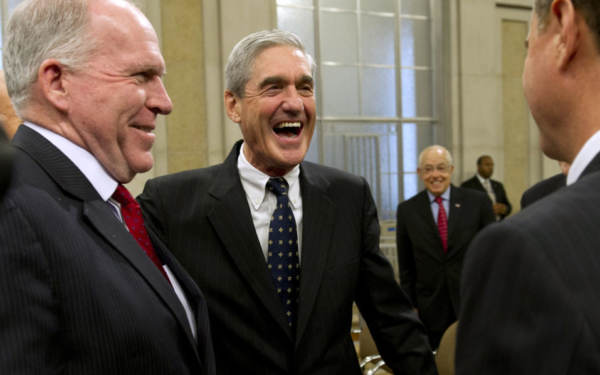 “I’m very pleased the investigation in the Senate Judiciary Committee has been able to secure the declassification of these important documents,” said Chairman Graham. “I want to thank Attorney General Barr for releasing these documents and allowing the American People to judge for themselves.

“What have we learned from the release of these two documents by the Department of Justice? Number one, it is clear to me that the memo regarding the FBI interview of the primary sub-source in January 2017 should have required the system to stop and reevaluate the case against Mr. Page.

“Most importantly after this interview of the sub-source and the subsequent memo detailing the contents of the interview, it was a miscarriage of justice for the FBI and the Department of Justice to continue to seek a FISA warrant against Carter Page in April and June of 2017.

Graham also discusses the second document we reported on earlier related to information Peter Strzok had related to the Russia scam indicating he knew it was all a lie.

The first document is a 57-page summary of a three-day interview the FBI conducted with Christopher Steele’s so-called “Primary Sub-source” in January of 2017. [Document 1]

This document not only demonstrates how unsubstantiated and unreliable the Steele dossier was, it shows that the FBI was on notice of the dossier’s credibility problems and sought two more FISA application renewals after gaining this awareness.The document reveals that the primary “source” of Steele’s election reporting was not some well-connected current or former Russian official, but a non-Russian based contract employee of Christopher Steele’s firm. Moreover, it demonstrates that the information that Steele’s primary source provided him was second and third-hand information and rumor at best.Critically, the document shows that Steele’s “Primary Sub-source” disagreed with and was surprised by how information he gave Steele was then conveyed by Steele in the Steele dossier. For instance, the “Primary Sub-source”: did not recall or did not know where some of the information attributed to him or his sources came from; was never told about or never mentioned to Steele certain