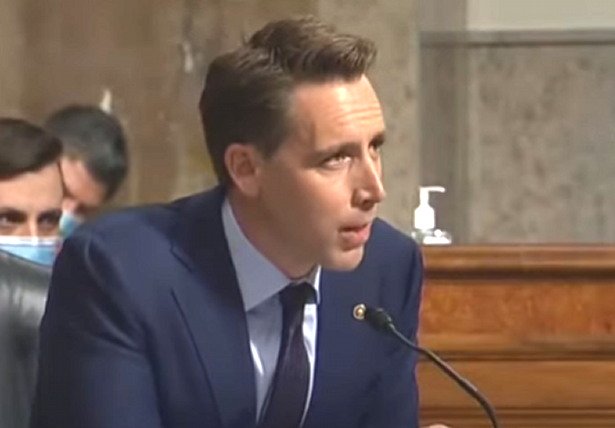 Yates gave Hawley the run-around and he bashed her for claiming not to have any idea what was going on despite approving FISA applications.

Sen. Josh Hawley Rips Into the DOJ and FBI: Nobody Seems to Know Anything in This Government!

Sen. Josh Hawley (R-MO) ripped into the Department of Justice and FBI for the FISA application abuses that were done during Crossfire Hurricane, which was an investigation into alleged links between then-candidate Donald Trump’s campaign with Russian agents.

Former Acting Attorney General Sally Yates testified to the Senate Judiciary Committee on Wednesday that she would not have signed off on the FISA applications if she had known they did not meet the required standards.

“I seem to detect a pattern here. Ms. Yates, she testifies she had no idea what her deputy was doing as he facilitates contact between political party opposition research and the FBI. She has no idea that these applications that signed materially mislead a federal court, just as [Rod] Rosenstein said he had no idea.

Nobody appears to know anything in this government and yet somehow a federal court was deliberately and systemically misled so severely that they now say they can’t trust anything the FBI did. If this does not call for a cleaning of house at DOJ and the FBI, I don’t know what is,” Hawley said.

Nobody from the Obama Administration wants to take any responsibility for the historic abuse of the FBI and the FISA Court during 2016 & after. And many of the people who facilitated this abuse are STILL on payroll at FBI & DOJ. This is corruption pic.twitter.com/QNnwACgrQC

The Durham report is going to be released soon.

That could blow the lid off of this whole thing.