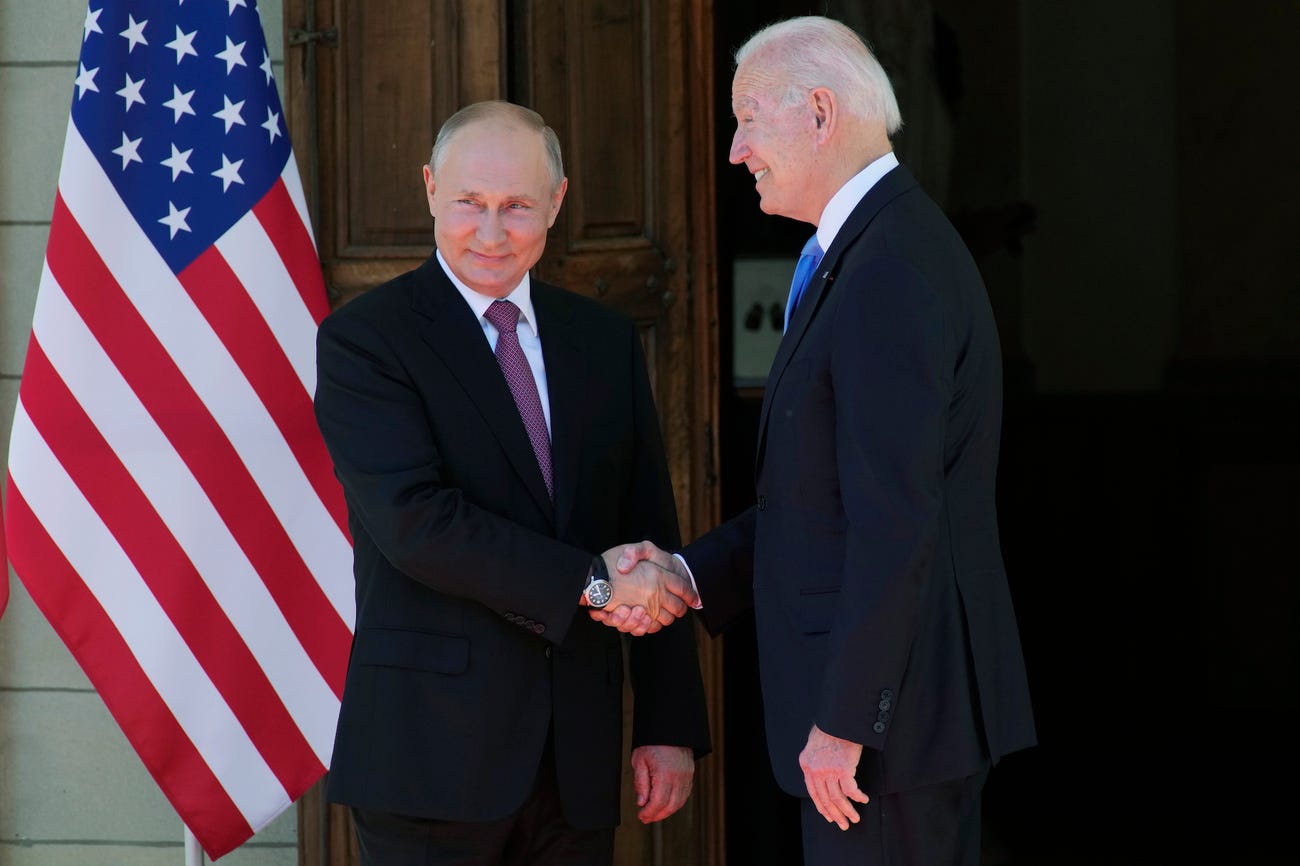 ‘senior administration official’ told the media that Joe Biden is going to be very strong on a phone call tomorrow with Russian President Putin.

On Wednesday, the White House previewed President Joe Biden’s plans for his Thursday phone call with his Russian counterpart, President Vladimir Putin. In their preview, the White House said Biden will warn again that the U.S. is ready to respond if Russia invades Ukraine.

A senior administration official told reporters that Biden will “make clear when he speaks with President Putin that “we are prepared for diplomacy and for a diplomatic path forward, but we are also prepared to respond if Russia advances with a further invasion of Ukraine.”

That response to Russia includes the deployment of U.S. troops to the region.

“We have made plans to reinforce NATO’s force posture in Allied states in the event of a further invasion, which would destabilize the security situation in Europe and demand adjustments to NATO forces and capabilities, especially on the eastern flank,” the official said.

Russia has gathered tens of thousands of troops on its border with Ukraine for weeks. Last week, Ukrainian defense officials reported that around 265,000 Russian troops are now positioned within 250 miles of the Ukrainian border, including 122,000 troops within 125 miles of the border.

The senior administration official said on Wednesday that the U.S. remains “gravely concerned about the nature of the Russian troop presence [around Ukraine’s border] and the capabilities that they have.”

If Biden and his gang are your negotiators, you’re in trouble.