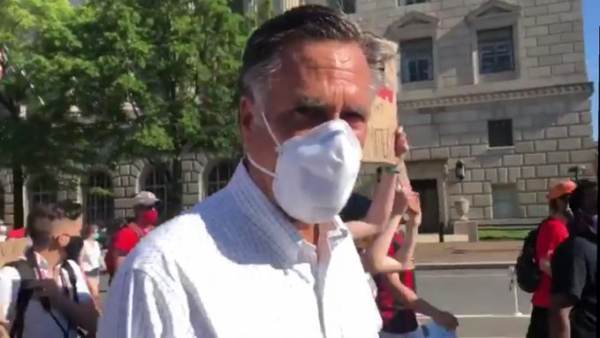 Johnson, the Senate Homeland Security and Governmental Affairs Chair, said during a radio appearance on Wednesday that fellow Republicans were blocking him from subpoenaing the former FBI Director and former CIA Director, among other figures involved in the scandal.

“We had a number of my committee members that were highly concerned about how this looks politically,” Johnson told conservative radio host Hugh Hewitt, who pressed the Senator to name the Republicans blocking him.

Politico’s Kyle Cheney reports that Johnson’s committee said no one is blocking any subpoenas for Comey or Brennan, rather there’s just a desire to exhaust all options to get them to testify voluntarily.

However, shortly after Johnson made his claims, a senate source reached out to Gateway Pundit and confirmed that Romney is leading the obstruction.

“Romney was for impeachment. He has been against Trump every step of the way. Now he is obstructing going after the leakers and liars who went after Trump,” the senior senate source said.

The obstruction claims come despite the fact that the committee gave him the unilateral power to subpoena people earlier this year.