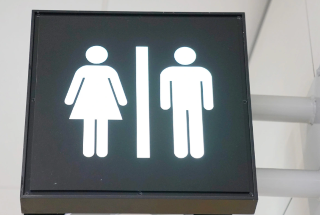 The U.S. Court of Appeals for the 11th Circuit ruled that separating bathrooms based on sex doesn’t violate the Constitution or Title IX, a decision with repercussions for the nationwide debate over transgender issues.

The ruling is likely to have widespread consequences in Alabama, Florida, and Georgia.

The case, Adams v. Sch. Bd. of St. Johns Cty, revolved around whether or not St. Johns County School Board in Florida violated a transgender student’s rights by prohibiting the student, a biological female who identifies as a boy, from using the boys’ bathroom at Allen D. Nease High School. The court ruled en banc that the United States has a long tradition of segregating certain spaces, such as bathrooms, on the basis of sex, without falling afoul of either the equal protection clause of the 14th Amendment or Title IX, which prohibits sex-based discrimination in education. As such, the student’s rights weren’t violated.

“Separating school bathrooms based on biological sex passes constitutional muster and comports with Title IX,” Judge Barbara Lagoa, who was appointed by President Donald Trump, wrote for the court. Four judges appointed by Democrats dissented from the opinion.

The school’s policy on bathroom use is based on biological sex, which includes transgender people.

“Both sides of the classification — biological males and biological females — include transgender students,” the ruling read.

Of the 40,000 students that attend the school district, around 16 identify as transgender, the ruling said. School authorities were alerted of Drew Adams using the boys’ bathroom after two students complained. The authorities told Adams to use either the girls’ bathroom or a gender-neutral bathroom. Adams’s parents then petitioned the school to change the bathroom policy.

The court noted that Adams possessed a female’s bodily anatomy.

In arguing that the school didn’t violate the rights of transgender students, the court documented the school’s many attempts to accommodate LGBT students.

Three judges dissented from the majority opinion for different reasons, with one arguing that gender and sex were scientifically established as different. The appellate court’s ruling reverses that of a lower court.