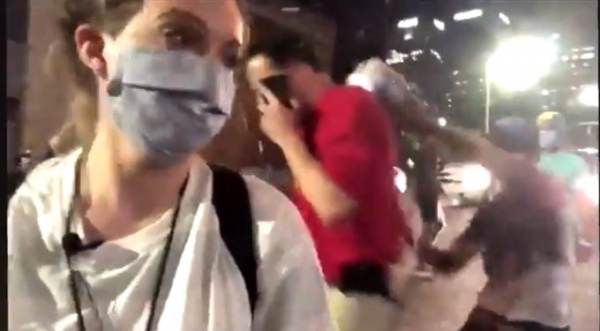 Two Birmingham, Alabama reporters were attacked during a livestream report on Facebook Sunday night. One was hit in the back of the head with a bottle and had his wallet stolen, the other was punched and jumped by at least two men while a woman reporter was giving a report. 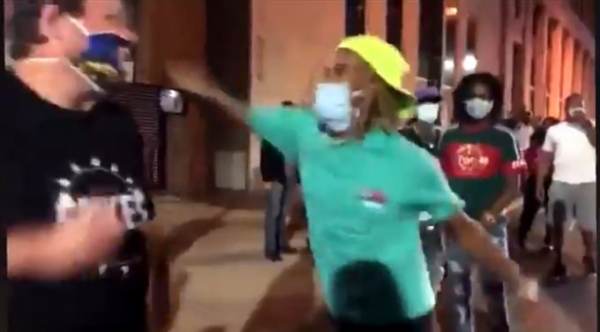 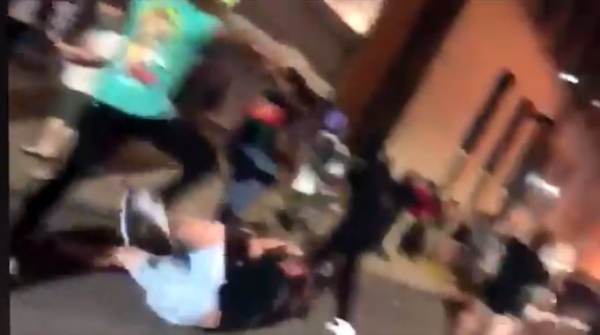 …During the later stages of a group of rioters vandalizing that building, one masked man was recorded hitting Stephen Quinn with ABC 33/40 over the back of the head.

Footage from @aldotcom shows journalists being attacked in downtown Birmingham during a protest against the killing of #GeorgeFloydpic.twitter.com/rD0l3fLo2I

Took a couple blows to the head and my wallet is gone but I’m okay. Thank you everyone