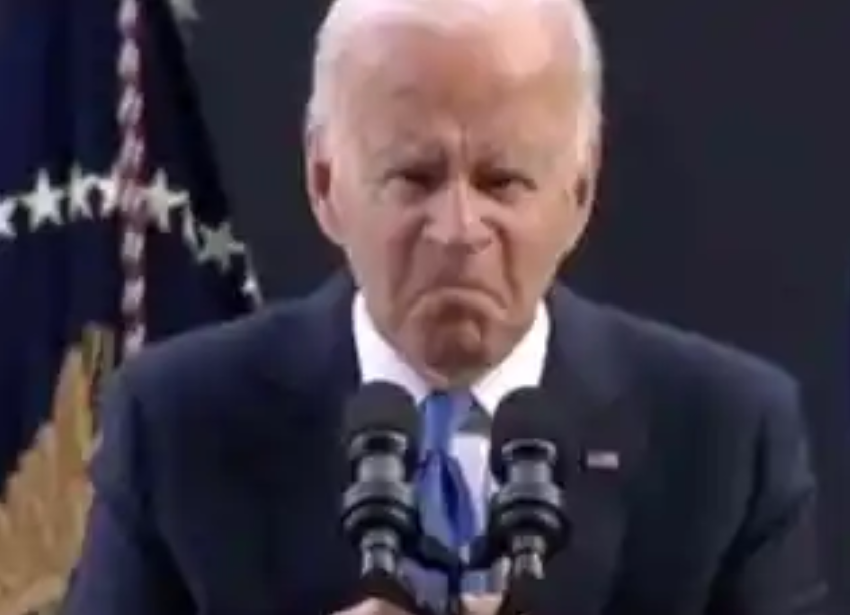 OBIDEN THE FAMOUS BOLD FACED LIAR THAT HE IS . IF HE STOPS SHORT HARRIS HEAD WILL BE UP HIS ASS

Team Biden is manufacturing shortages and inflations crises, leaving nothing untouched. It’s pushing us down the path to globalism and socialism.

“As the nation sinks inexplicably into self-created crisis after crisis, debate rages over whether President Joe Biden is incompetent, mean-spirited, or an ideologue who feels the country’s mess is his success,” writes Victor Davis Hanson at Zero Hedge.

The Hanson article focuses on the Cabinet of dunces. We pulled out three of the Cabinet members who made the dunce list. They significantly impact the supply chain and the oil and gas industry. They helped drive inflation and shortages. The socialists driving this could not leave oil and gas or supply chains untouched if they are to achieve their goals.

Hanson writes about the energy dunce:

We are in a fuel price spiral that is destroying the middle class.

Yet when Energy Secretary Jennifer Granholm was asked about plans to lower gas prices, she laughed off the idea as “hilarious.”

Later Granholm preposterously claimed, “It is not the administration policies that have affected supply and demand.”

Apparently haranguing those who finance fossil fuel production, canceling the Keystone Pipeline, suspending new federal oil and gas leases, and stopping production in the Arctic National Wildlife Refuge all had nothing to do with high fuel prices.

Another Cabinet Secretary, Interior Secretary Haaland is on the dunce list:

In Senate testimony Secretary of the Interior Secretary Deb Haaland refused to explain why her department is slow walking federal oil and gas leases at a time when Americans are paying between $5 and $6 a gallon for gas.

Haaland was unable to provide simple answers about when new leases will result in more supplies of oil and gas. Her panicked aides slid talking points to her…she seemed incapable of providing senators with basic information about U.S. energy production on federal lands.

He also mentioned Transportation Secretary Pete Buttgieg, who was not at work. Instead at the height of the crisis, he took a two-month paternity leave…

Concerns over potential shortages of eggs nationwide are growing. This too is due to inflation and supply chain issues made worse by avian flu.

“Like many sectors of the economy, egg farming is impacted by inflation and experiencing some limited supply chain challenges due to a variety of factors,” the American Egg Board (AEB) said in a May 24 statement in response to an Epoch Times inquiry.

Nothing is left untouched.

Florida Rep. Donalds argued on “Sunday Morning Futures today that Biden is “selling us out to the Chinese.”

In a series of orders aimed at combating climate change, President Biden cancelled the Keystone XL oil pipeline project on his first day in office and temporarily suspended the issuance of oil and gas permits on federal lands and waters.

This administration has no plans, no ideas, no strategy on reversing course on their crazy agenda when it comes to oil and natural gas and gasoline…

Donalds argued that giving up oil and natural gas and moving towards renewable energy increases the reliance on China “because China is the one dominating mineral production across the globe.”

In addition to shortages and high prices on such things as baby formula, gas, oil, food, and other goods, burger –prices will remain high as cattle ranchers shrink the herds.

Burgers and steaks are set to stay pricey as U.S. cattle ranchers shrink their herds…

Rising costs for feed and other expenses are leading ranchers to sell their calves into feedlots at a faster pace. . .

There are fewer cattle and prices will rise.

It seems nothing will remain untouched, but don’t worry it’s worth it, the elites say. That’s especially true since the elites are putting all this on the backs of lower and middle class.

Speaking about how the global transition to clean energy would affect small and medium-sized businesses, Braathen said:

“There will be some pain in the process. The pace that we need will open up for missteps. It will open up for shortages of energy, it will create inflationary pressures. And maybe we need to start talking about that, that that pain is actually worth it.”

Biden said there will be pain but it will be worth it. The Biden administration is basically just openly saying, “Buckle up—the transition to a one-world socialist State is challenging but it’ll be worth it”.

So, there you have it. It’s all worth it, even though it crushes the middle class.