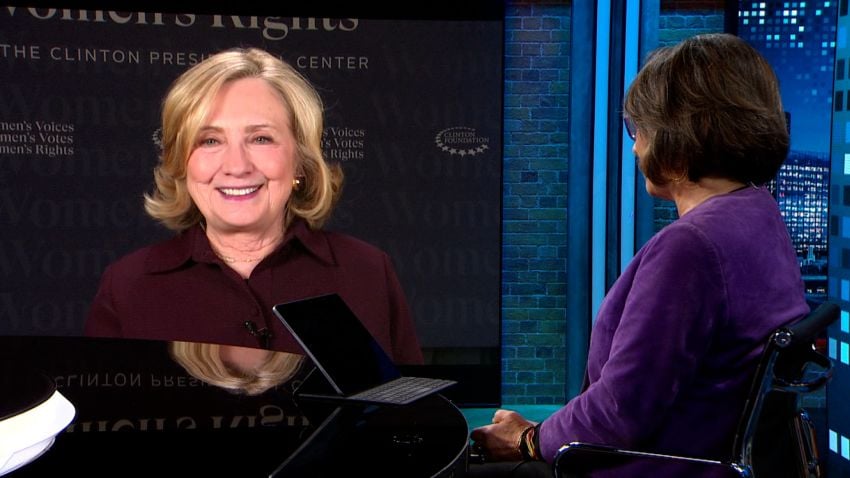 Prominent criminal and conspiracy theorist Hillary Clinton emerged from hiding on Thursday to spout some of her vilest remarks yet. In a softball discussion with radical PBS journalist Christiane Amanpour, Clinton proclaimed that pro-life Americans were no different than the Iranian regime, the Taliban, and Russian soldiers on women’s rights.

Amanpour began her so-called interview with Clinton by asking for her thoughts on the “unfinished business” on women’s rights:

“I just wonder when you hear it again and see what’s happening to women around the world. What do you think as you say, “unfinished business?”

“We have come along way on so many fronts but we are also in a period of time where there is a lot of pushback and much of the progress that has been taken for granted by too many people is under attack: literally under attack in places like Iran or Afghanistan or Ukraine — where rape is a tactic of war — or under attack by political and cultural forces in a country like our own when it comes to women’s healthcare and bodily autonomy.”

“We’re going to go around the world with you in a second. But first, about — precisely what you’re talking about and where you are. Arkansas itself, I believe, rapidly moved to make a woman’s right to choose illegal in your state or your former home state and you are hosting this conference. Talk to me about the confluence of both these events. This pushback on American women’s rights at the same time as you’re trying to figure a way forward.”

Hillary Clinton goes on PBS and compares pro-lifers to the Iranian regime, the Taliban, and Russian soldiers raping Ukrainian women. Of course, Christiane Amanpour agrees, “This pushback on American women’s rights at the same time as you’re trying to figure a way forward.” pic.twitter.com/5GznH9uK01

The summit Amanpour referred to is the Women’s Voices Summit in Little Rock, Arkansas. Clinton and her daughter Chelsea hosted this event on Friday. After promoting the event, Clinton went on to say the following:

“We have work to do to try to defend our rights, to stand up for them. And what we’ve seen, particularly since the Dobbs decision across our country, is that when voters — both men and women, but led by women — have a chance to vote on these draconian abortion restrictions they do not accept them.”