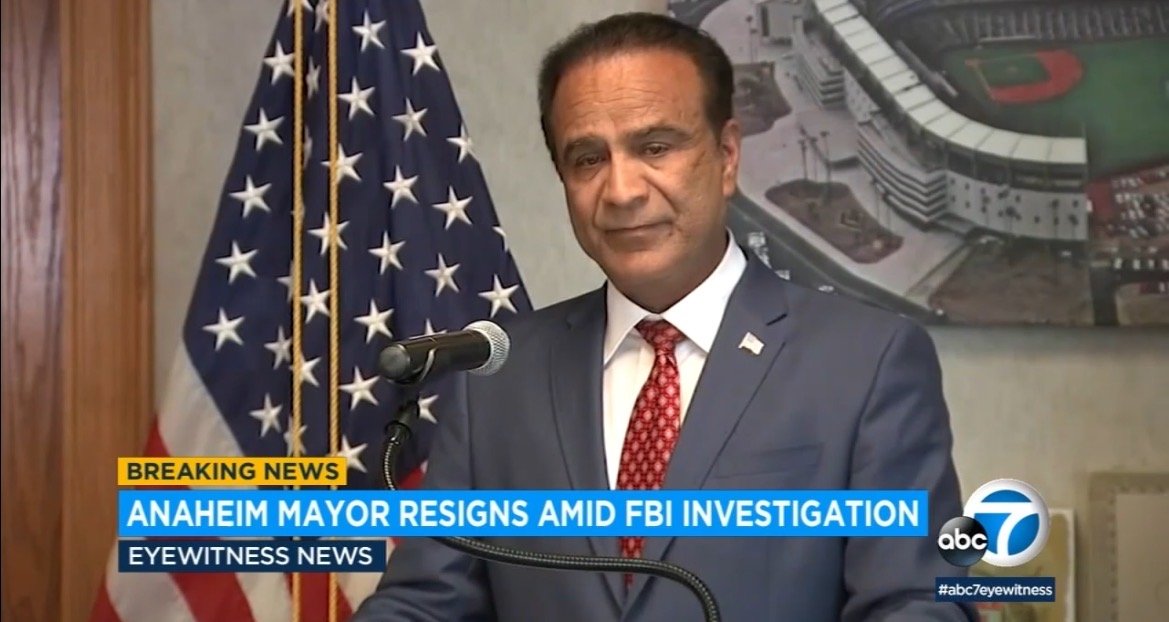 The feds claim that on at least two occasions Sidhu provided confidential city information to Angels Baseball as they negotiated the sale of the stadium.

“[Sidhu] is accused of soliciting $1 million in campaign contributions from an Angels representative in exchange for performing official acts that would finalize the stadium sale.” KABC reported.

Harry Sidhu has not been charged and he denied the allegations through his attorney.

Anaheim Mayor Harry Sidhu has resigned amid an FBI’s corruption probe related to the sale of Angel Stadium.

The resignation comes as it was revealed last week that the mayor was the subject of a probe by the FBI, which alleged in a search warrant affidavit that he had fed insider information to Angels executives in the stadium deal and arranged to have a helicopter bought registered in Arizona so he could save money on taxes.

The FBI alleges that Sidhu was hoping to get a $1 million-dollar campaign donation from the team. That never happened and the FBI says the Angels were unaware of the scheme, but this has been building for a while now.

“A fair and thorough investigation will prove that Mayor Harry Sidhu did not leak secret information in the hopes of a later political campaign contribution,” Sidhu’s Attorney Paul S. Meyer said in a statement. “His unwavering goal form the start has been to keep the Angels in Anaheim, so that this vibrant social and economic relationship would continue…

I just learned that Sidhu resigned. I still want the audit. https://t.co/pCLfi41P9D

City Council has 60 days to appoint a replacement but there is also an election in November.