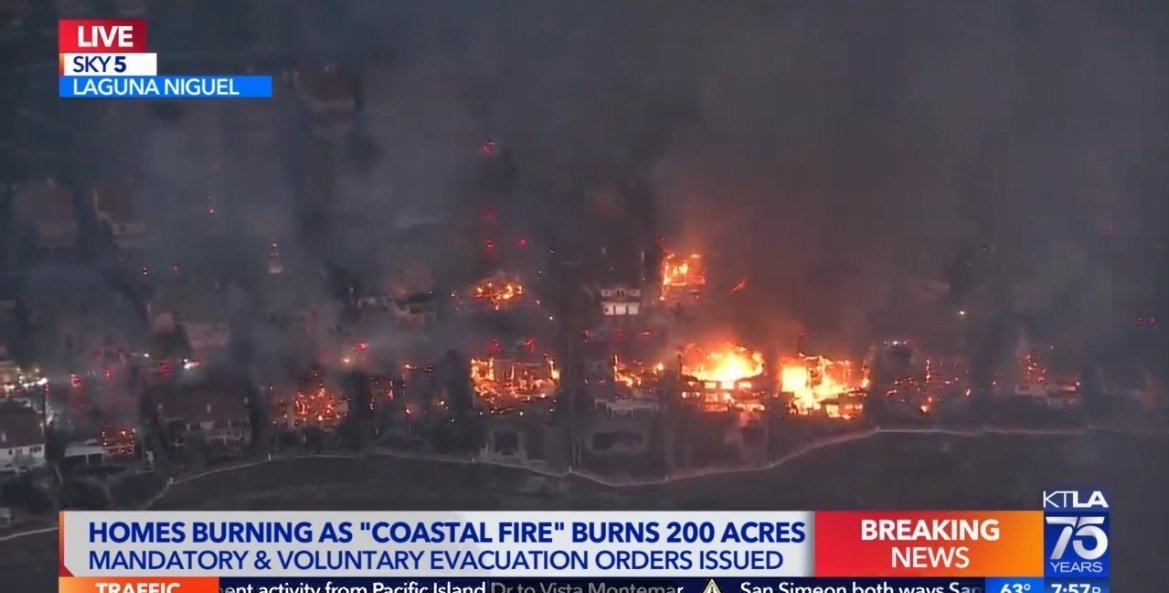 Orange County, California – A massive brush fire broke out in the coastal city of Laguna Niguel (next to Laguna Beach) on Wednesday afternoon amid windy conditions.

According to the Orange County Sheriff, evacuations were issued for Coronado Pointe Drive, Vista Court and Via Las Rosa up Pacific Island Drive.

150 acres have burned so far according to ABC News.

The cause of the fire is still under investigation according to the Fire Chief.

According to reports, a $10 million home at the top of Pacific Island Drive is engulfed in flames.

A firefighter battles the blaze::

Footage shows firefighters in Southern California trying to save a burning home as a fast-moving brush fire spreads rapidly amid strong winds.

At least 10 to 12 homes were on fire in Laguna Niguel, according to the Orange County Fire Authority. https://t.co/2ehPeK2TUvpic.twitter.com/sfwTgftQsr

As of 7:40 pm local time, at least 20 homes have burned according to fire officials.

Live coverage of the blaze via Fox 11:

DEVELOPING… please check back for updates.