Over the weekend video from Lake of the Ozarks in southern Missouri went viral of a mass pool party.

The kids were having fun.

Obviously, they are not concerned about the coronavirus at this popular tourist destination.

Scene from Lake of Ozarks. To hell with Social distancing #COVIDIOTpic.twitter.com/qku48j6TxK

Of course, the “Karens” around the country were horrified with the video.

On Sunday the Camden County Sheriff in southern Missouri responded to the calls and criticism of his department in the national media.

Sheriff Tony Helms from Camden County told his critics that (violating) social distancing is not a crime. And he went on to say his office has no authority to enforce the rule which is not a crime. 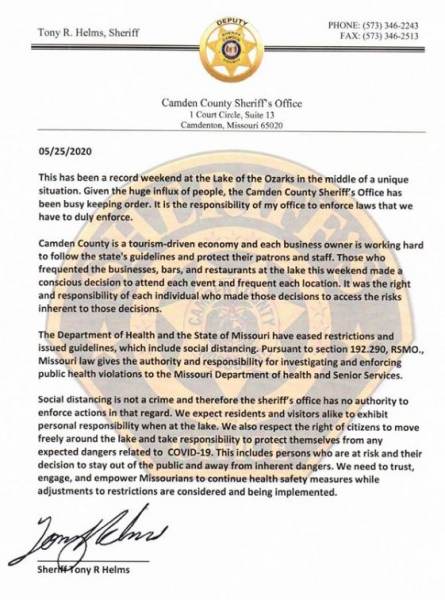