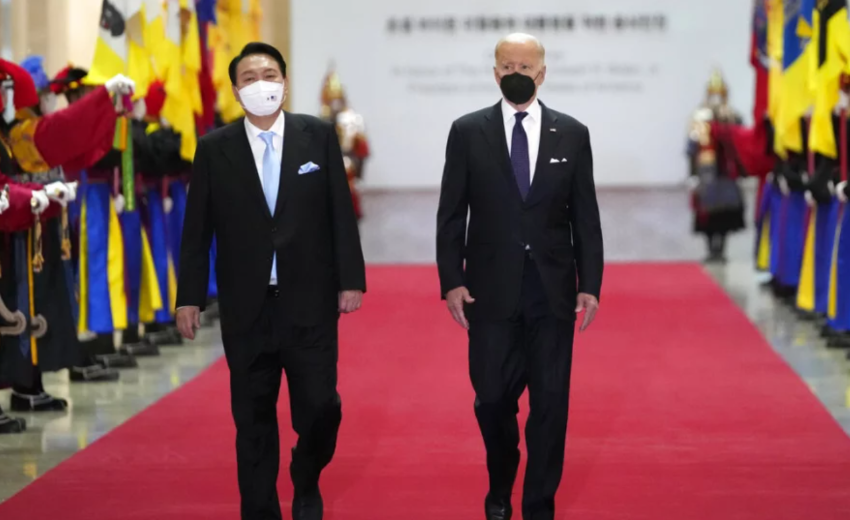 South Korean President Yoon Suk-yeol was caught on a hot mic criticizing members of Congress yesterday, saying it would be “humiliating” for President Joe Biden if they do not pass the $6 billion in funding he pledged to the Global Fund.

Yoon’s statements were caught as he was leaving a photo op with Biden at the Global Fund’s Seventh Replenishment Conference in New York City, according to CBS News.

“It would be so humiliating for Biden if these idiots don’t pass it in Congress,” Yoon could be heard telling a few aides while leaving. Some translations of his statement say that Yoon called the congressmen “f***ers.”

Biden had just committed to following through with his pledge for the United States to donate $1 billion for every $2 billion committed by other countries, raising the total amount raised to $14 billion globally. The funding still needs to be approved by Congress.

The South Korean president faced harsh backlash from Park Hong-keun, the leader of the liberal Democratic Party of Korea, who said Yoon’s “foul language tarnishing the U.S. Congress caused a major diplomatic mishap,” according to the outlet.

The Global Fund provides funding globally to fight against AIDS, tuberculosis, and malaria.