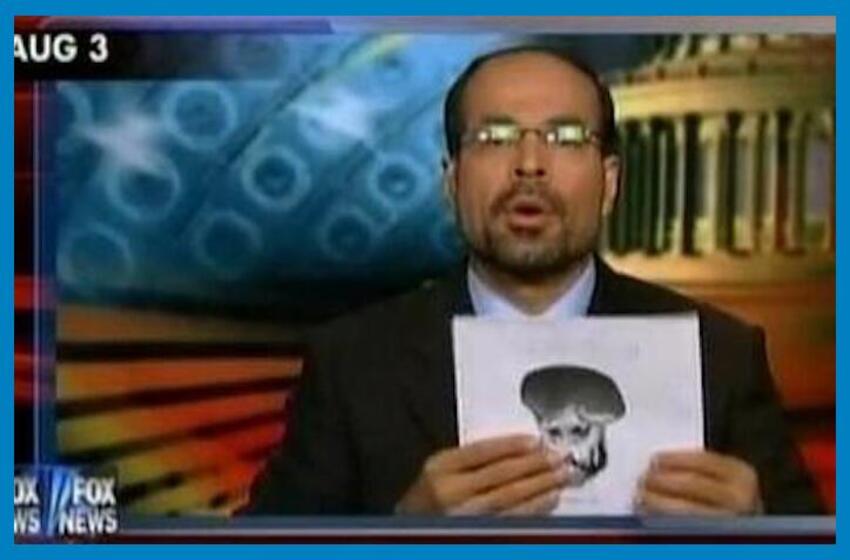 CAIR’s Islamophobia reports have been around for a while. And they deserve as much credibility as anything from an officially unindicted co-conspirator Islamist organization ought to.

Here’s the DOJ on the subject.

In 2008, the FBI developed a policy on its interactions with CAIR based in part on evidence presented during the 2007 trial of the Holy Land Foundation for Relief and Development.! The evidence at trial linked CAIR leaders to Hamas, a specially designated terrorist organization, and CAIR was named as an unindicted co-conspirator in the case. The policy was intended to significantly restrict the FBI’s non-investigative interactions with CAIR and to prevent CAIR from publicly exploiting such contacts with the FBI.

The report contains an intro from its executive director, Nihad Awad.

In 1993 Awad, who had developed into an increasingly outspoken advocate for the rights of Palestinians, became the public-relations director of the Islamic Association for Palestine(IAP)—a front for Hamas.

In 1994, then-IAP president Omar Ahmad convened a meeting with Rafeeq Jaber and Awad to discuss the possibility of branching IAP out in another direction. As a result of that meeting, in June of 1994 these “IAP three” incorporated the Council on American Islamic Relations (CAIR)—as Awad put it, “to bridge the chasm of ignorance between Muslims in America and their neighbors.” Awad became the group’s executive director—a post he continues to hold—and Ahmad was named chairman of the board. Awad then solicited his friend and colleague from the Bosnian Relief Committee, Ibrahim Hooper, to serve as CAIR’s communications director. With the help of a $5000 donation from the Texas-based Holy Land Foundation for Relief and Development (HLF)—yet another Hamas front group—CAIR opened up an office in Washington, DC.

At a March 22, 1994 symposium at Barry University in Florida, he declared: “I used to support the PLO, and I used to be the President of the General Union of Palestine Students which is part of the PLO here in the United States, but after I researched the situation inside Palestine and outside, I am in support of the Hamas movement more than the PLO.”

In an interview that same year with newsman Mike Wallace, Awad was asked if he supported the “military undertakings of Hamas,” to which he replied: “The United Nations Charter grants people who are under occupation [the right] to defend themselves against illegal occupation.”

Again, expect the media not to cover any of this.

But the latest Islamophobia Report breaks new ground in not only going after the expected targets, David Horowitz, Robert Spencer, Daniel Pipes, David Yerushalmi, Pamela Geller, and other people who have called attention to the problem of Islamist violence.

And a laundry list of pro-Israel organizations including CAMERA, EMET, FLAME, MEMRI, aside from the latter, the rest don’t even concentrate on Islam, they just oppose Islamic terrorism against Israel.

While this would be easy enough to dismiss, except that the report comes with an endorsement from Heidi Beirich, the creepy point woman on the Southern Poverty Law Center’s infamously sloppy hate lists.

That means the SPLC has gotten to the point where it’s willing to denounce mainstream pro-Israel groups as hate groups. That’s the direction it went with socially conservative Christian groups. Pro-Israel groups are next.