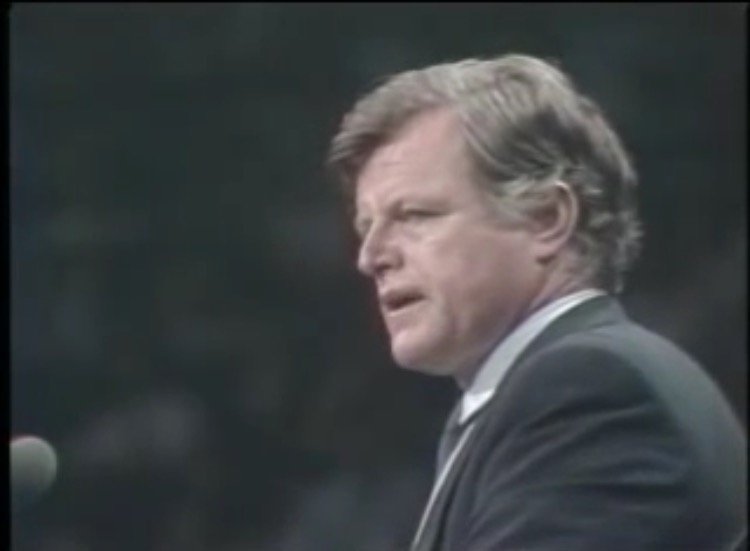 Democrats have a long history of coddling the Communists–

1970 —  John Kerry secretly meets with representatives from the Vietcong in France while the Vietnam War is raging in southeast Asia.

John and Julia Kerry travel to Paris on a private trip. Kerry meets with Madam Win Thi Binh, the Foreign Minister of the Provisional Revolutionary Government of Vietnam (PRG) — the political wing of the Vietcong — and with representatives of Hanoi who were in Paris for the peace talks.

According to an earlier report by Forbes:

Picking his way through the Soviet archives that Boris Yeltsin had just thrown open, in 1991 Tim Sebastian, a reporter for the London Times, came across an arresting memorandum. Composed in 1983 by Victor Chebrikov, the top man at the KGB, the memorandum was addressed to Yuri Andropov, the top man in the entire USSR. The subject: Sen. Edward Kennedy.

“On 9-10 May of this year,” the May 14 memorandum explained, “Sen. Edward Kennedy’s close friend and trusted confidant [John] Tunney was in Moscow.” (Tunney was Kennedy’s law school roommate and a former Democratic senator from California.) “The senator charged Tunney to convey the following message, through confidential contacts, to the General Secretary of the Central Committee of the Communist Party of the Soviet Union, Y. Andropov.”

Kennedy’s message was simple. He proposed an unabashed quid pro quo. Kennedy would lend Andropov a hand in dealing with President Reagan. In return, the Soviet leader would lend the Democratic Party a hand in challenging Reagan in the 1984 presidential election. “The only real potential threats to Reagan are problems of war and peace and Soviet-American relations,” the memorandum stated. “These issues, according to the senator, will without a doubt become the most important of the election campaign.”

Senator Kennedy even offered the Soviets a quid pro-quo, including offering to visit Moscow and giving them access to American media to push propaganda. 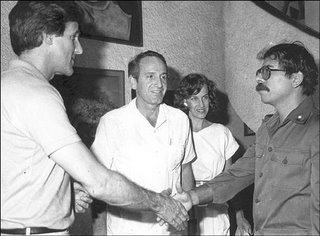 1985- Senator John Kerry and Senator Tom Harkin during the Cold War met with the communist radical Daniel Ortega in Nicaragua.

You will recall the 1980s, and that decade’s fierce debates over Central America policy. At the heart of these debates was Nicaragua: the Sandinistas, Castro, and the Soviet Union versus the Contras and the United States (or rather, not all of the United States: the Reagan administration, in particular). Kerry was an important player in all this. He was part of a group derided by Republicans as “‘Dear Comandante’ Democrats,” for they would address letters to Daniel Ortega, the Sandinista No. 1, “Dear Comandante.” (“But that’s his title,” they would plead, not unreasonably.)

Only months after he was sworn in, Kerry joined Harkin on an infamous trip to Managua, to meet with Comandante Ortega. 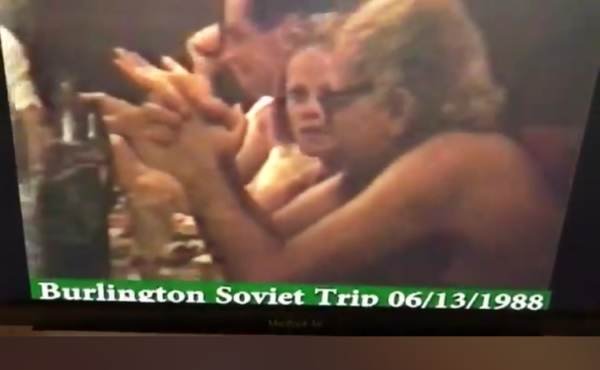 2020 — Nancy Pelosi is not interested with finding the origins of the Wuhan virus that is decimating the US economy and has killed 60,000 elderly and sickly Americans.

Instead, Pelosi wants to spend her resources on another hoax investigation of President Donald Trump. 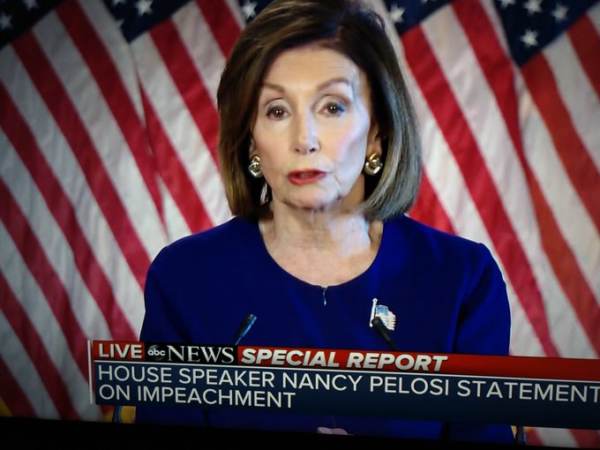 Pelosi is playing defense for the Chi-Coms.

31 million Americans are out of work