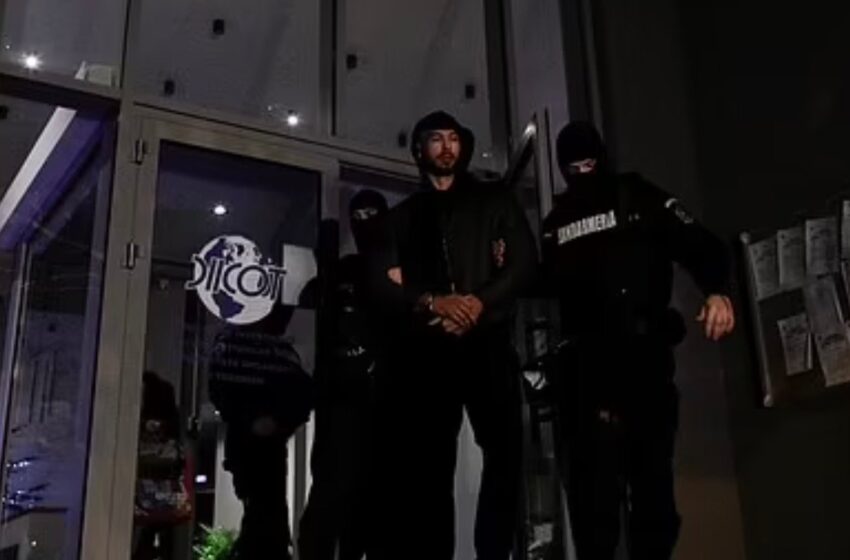 Social media influencer Andrew Tate and his brother were apprehended by law enforcement officials in Romania on Thursday and face charges related to sex-trafficking allegations of at least six women.

According to Libertatea, a Romanian news outlet, police surrounded the villa where Tate and his brother Tristan were staying and arrested them on charges of kidnapping, international human trafficking, and rape.

“Four people who are reasonably suspected of being involved in criminal activity were taken for questioning. Following the hearings, the prosecutors of the Directorate for the Investigation of Organized Crime and Terrorism (DIICOT) – Central Structure ordered the four persons to be detained for a period of 24 hours,” DIICOT said in a statement

“We make it clear that during the entire criminal process, the investigated persons benefit from the procedural rights and guarantees provided by the Code of Criminal Procedure, as well as the presumption of innocence,” it added.

A representative for Andrew Tate said they could not comment on reports that the 36-year-old social media influencer had been detained.

“We cannot provide any details at the moment regarding alleged reports that they have been detained; however, Andrew and Tristan Tate have the utmost respect for the Romanian authorities and will always assist and help in any way they can,” a spokesperson for Andrew Tate told the Daily Mail.

DIICOT stated in their press releases, “The prosecutors of the Directorate for the Investigation of Organized Crime and Terrorism – Central Structure together with police officers from the Bucharest Organized Crime Brigade implemented 5 home search warrants in a case in which investigations under the aspect of committing the crimes of constituting an organized criminal group, human trafficking and rape.”

Law enforcement official claim Tate heads an organized crime group that “sexually exploited” its members “by forcing them to perform pornographic demonstrations pornographic for the purpose of producing and disseminating through social media platforms” and a total of six victims have come forward with allegations claiming they were exploited by Tate’s organized crime group.