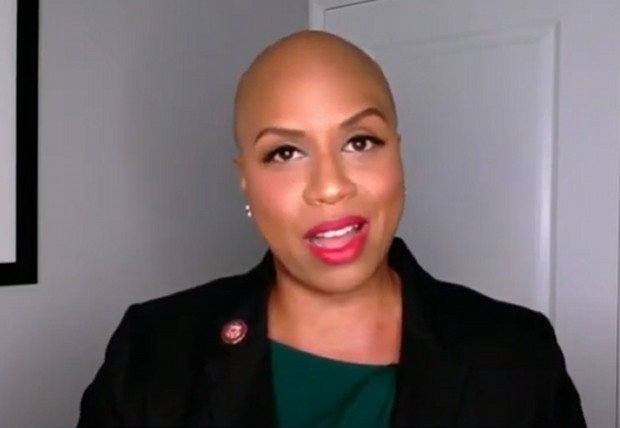 Many of the ideas advanced by far left Democrats are appealing to children who don’t know any better.

As a result, Democrats want children to be able to vote.

In the case of Massachusetts Rep. Ayanna Pressley, she just doesn’t understand why anyone would be opposed to such an idea.

Rep. Ayanna Pressley, D-Mass., on Thursday said she was “shocked” that lowering the legal voting age to 16 is a “polarizing” subject of debate.

Pressley ‒ a co-sponsor of a resolution to H.R. 1 that aims to lower the voting age to 16 ‒ made the comment on Thursday during a Facebook Live conversation with Rep. Barbara Lee, D-Calif., and author Ibram Kendi.

“Dr. Kendi, I was shocked by how polarizing an issue this was, and listen, when I would tell people [the late Rep.] John Lewis is an original co-sponsor of this — you know, our young people deserve to have a stakeholder in our democracy,” Pressley, a member of the so-called “Squad” said in response to Kendi, who said lowering the voting age is an example of anti-racist policy.

Kendi responded by saying that one of the areas of discussion he has touched on frequently is the “disenfranchisement” of Black and Brown Americans.

As is typical for Democrats, she is trying to make this all about race.

It has nothing to do with race. It’s a common sense issue. At 16, you’re too young to enlist in the military, you have no life experience and you haven’t paid into the system at all.

If anything, we should raise the voting age, not lower it.