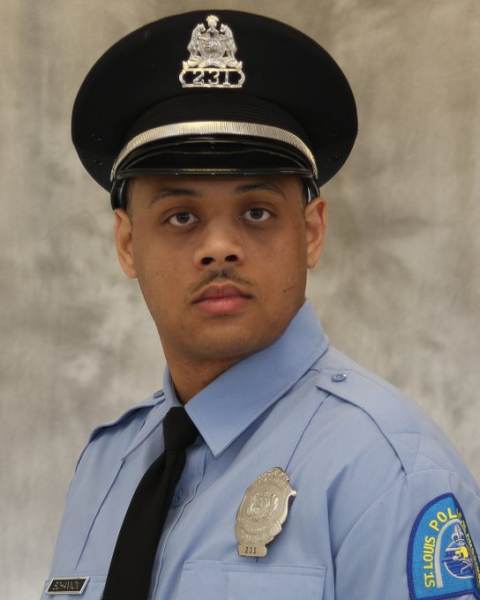 St. Louis Police Officer Tamarris L. Bohannon passed away on Sunday after he was shot on Saturday during a police call in South St. Louis.

The shooter a 43-year-old man from Florida with a long criminal history was later arrested after a standoff with police.

Bohannon dedicated over three and a half years of service to the citizens of the City of St. Louis.

Officer Tamarris L. Bohannon dedicated over three and a half years of service to the citizens of the City of St. Louis.

We will be deeply missed. https://t.co/pyE6QdQ3Ukpic.twitter.com/qXFn0AiqYg

A 43-year old white male was taken into custody after a lengthy stand-off w/officers. He was taken to a hospital for evaluation & released to our custody. No officers were injured during the stand-off & no shots were fired by officers. FIU is handling the ongoing investigation.

Just heard the two police officers shot in St. Louis on Saturday were both black. One is fighting for his life. Suspect is 43 with a mohawk. #BlackPoliceLivesMatter