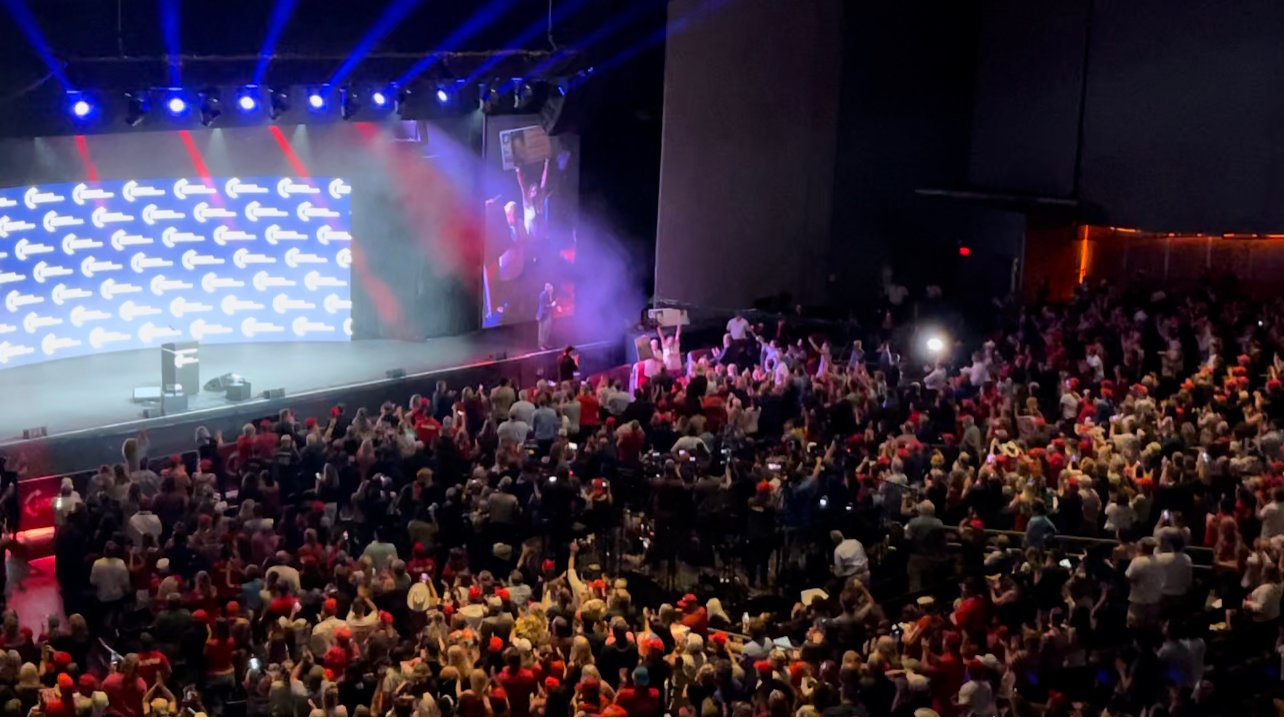 On Saturday, President Trump spoke at the Rally to Protect Elections in Phoenix, Arizona.

The rally featured all candidates for Arizona’s next Secretary of State, Governor, and U.S. Senator.

AZ Senate Candidate Blake Masters at Trump Rally: “We Need to Break Up Google and Facebook and We Need to Punish Twitter” (Video)

Several local politicians were invited to speak at the rally today.

Arizona RINO State Senator Michelle Ugenti Rita also gave a speech but she was booed off of the stage as her words were muffled by the crowd, turned angry mob.

In a contemptuous effort to save her speech, she yelled at her peasants “I’m going to win the primary!”

See the hilariously sad “speech” in the video below.

It wasn’t planned either! This was an organic idea from the grassroots MAGA apparatus.

Ugenti-Rita: I’m running to be your next Secretary of State. I’m going to win the primary!

She’ll win without us? Who has she struck a deal with?

After feeling the heat from the crowd of thousands, The Gateway Pundit’s Jordan Conradson ran into her in another part of the arena.

He asked her why she killed Senator Kelly Townsend’s chain of custody and election integrity bills.

Ugenti-Rita: Because it was bad

Conradson: Do you think that’s why you got booed off stage?

Ugenti-Rita left the building when asked questions by Conradson. Shortly after, she back and when he saw her again and she told officers on sight that Conradson was harassing her.

The police did nothing because no laws were being violated.

Conradson compared this behavior to that of radical leftist Secretary of State Katie Hobbs, whose seat she is running for.

Roughly ten minutes later, Conradson was detained by event officials and escorted from the building for “harassing” Ugenti Rita.