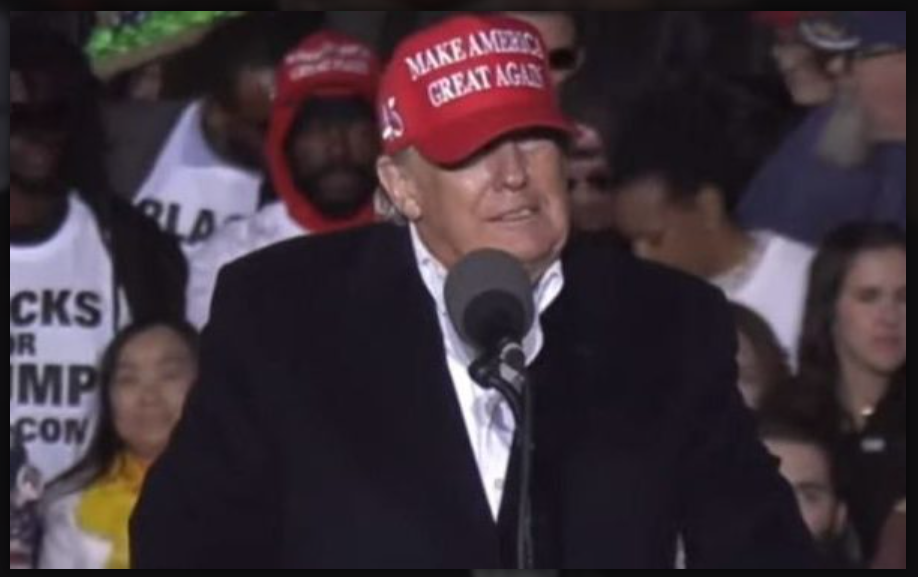 The former President of the United States late on Friday issued a statement in regards to the former Vice Presidents remarks regarding January 6.

Pence on Friday went on the offensive and went further than he ever has before publicly and directly criticizing former President Donald J. Trump, rebuking hm as “Wrong” in his criticism of Pence’s actions on Jan. 6.

The comments from Pence came after Trump earlier this week repeated the claim that Pence had the power to hand the election to Trump in his role counting the electoral votes from the November election before Congress.

“Unfortunately, he didn’t exercise that power, he could have overturned the Election!” Trump said about Pence in a statement.

Below are Pence’s remarks about January 6:

“There are those in our party who believe that as the presiding officer over the joint session of Congress that I possessed unilateral authority to reject Electoral College votes. And I heard this week that former President Trump said I had the right to ‘overturn the election,’” Pence said in a speech Friday to a local chapter of the Federalist Society in Florida.

“Under the Constitution, I had no right to change the outcome of our election. And Airhead Kamala Harris will have no right to overturn the election when we beat them in 2024,” Pence continued.

“Men and women, if we lose faith in the Constitution, we won’t just lose elections, we will lose our country,” Pence said.

Trump made the following statement about Pence late Friday evening.

Trump reacted to Pence’s speech later in the evening in a statement, saying in part, “Just saw Mike Pence’s statement on the fact that he had no right to do anything with respect to the Electoral Vote Count, other than being an automatic conveyor belt for the Old Crow Mitch McConnell to get Biden elected President as quickly as possible. Well, the Vice President’s position is not an automatic conveyor if obvious signs of voter fraud or irregularities exist.”

Click this link for the original source of this article.
Author: Matt Couch

This content is courtesy of, and owned and copyrighted by, https://thedcpatriot.com and its author. This content is made available by use of the public RSS feed offered by the host site and is used for educational purposes only. If you are the author or represent the host site and would like this content removed now and in the future, please contact USSANews.com using the email address in the Contact page found in the website men