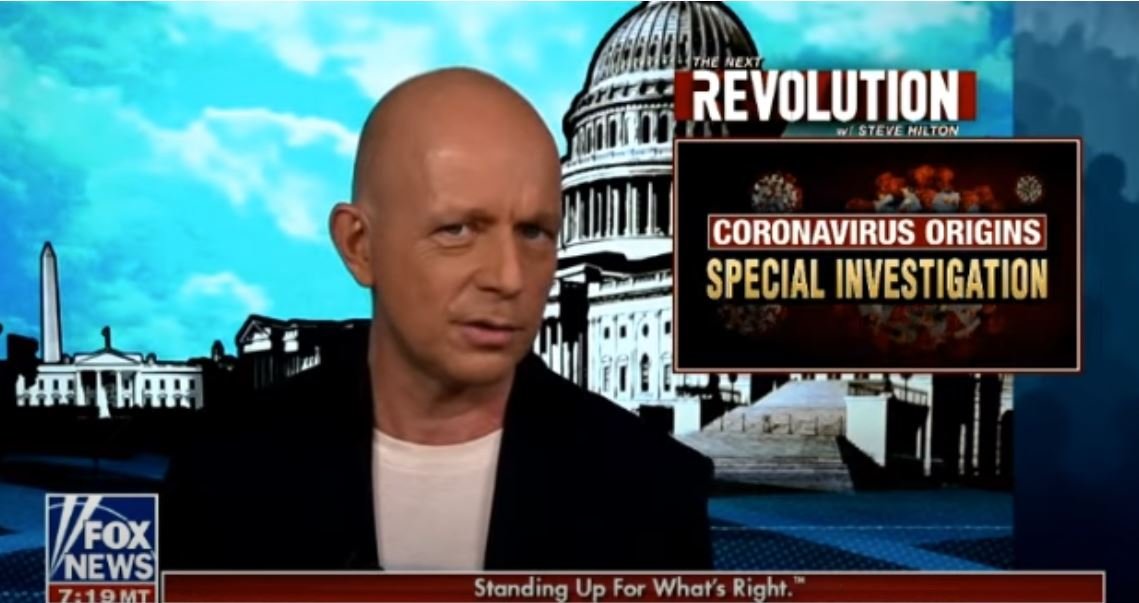 FOX News host Steve Hilton opened his Sunday night show with startling development on the origins of the coronavirus.

Hilton discussed the Gain-of-Function research that helps define the fundamental nature of human-pathogen interactions. One of the greatest laboratories researching Gain-of-Function science was the Wuhan Institute of Virology in Wuhan, China.

Gain-of-Function research is highly controversial. In 2014 the Obama Administration cut funding to the risky biological study. The government made the decision following biosafety incidents at federal research laboratories.

The Gateway Pundit previously reported that the Obama administration later gave $3.7 million to the Wuhan Institute of Virology after the US program was shut down.

UPDATE: US NIH Awarded Wuhan Lab that Studied Bat Coronavirus a $3.7 Million US Grant — AFTER WARNINGS ABOUT THEIR RISKY TESTS

Steve Hilton reported on Sunday that Dr. Anthony Fauci is on record cheering research where potentially dangerous viruses are generated in the lab.

In his Sunday report Steve Hilton revealed how Dr. Fauci gave funding to the projects that resulted in the coronavirus pandemic.

This is a very damning segment by Steve Hilton on FOX News.