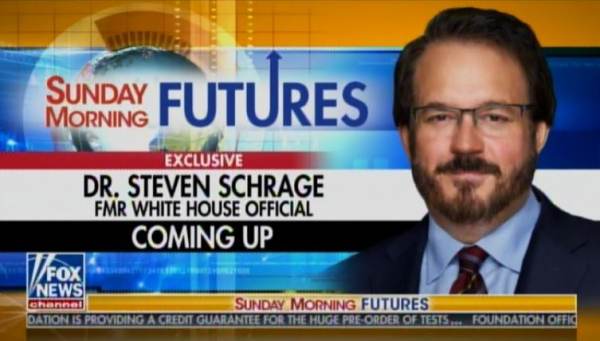 This morning Steven Schrage joined Maria Bartiromo on Sunday Morning Futures. Now that we and others have had some time to look at it, we have some observations and questions.

We reported earlier this morning that Schrage spoke with Maria Bartiromo in his first interview in three years since the Obamagate coup of President Trump started.  Schrage worked with Obamagate spy, Stefan Halper for years and reportedly introduced Halper to Carter Page back in 2016 while Halper was spying on the Trump campaign.  Schrage told Maria, “Halper was not that engaged up to the point he crossed paths with Page and Christopher Steele’s former MI6 boss Sir Richard Dearlove…”

Schrage said he was surprised that Stefan Halper was making over a half a million dollars for writing reports for the government.  Then Schrage claimed the real smoking gun is this:

All these tentacles lead back to the “small group” including Stefan Halper in SpyGate, Christopher Steele at the center of Russiagate, Stefan Halper’s FBI handler. None of the Senate has subpoenaed or called these people to talk in four years. I think that is the real smoking gun. How are these people being protected?“

Schrage brought an audiotape interview of a conversation he claims was with Halper back in early 2017.  This occurred supposedly a couple days before a huge hit piece was published by the Washington Post on General Flynn.  Schrage claims in looking back that it was interesting Halper knew about General Flynn’s upcoming problems before anything was published in the news. 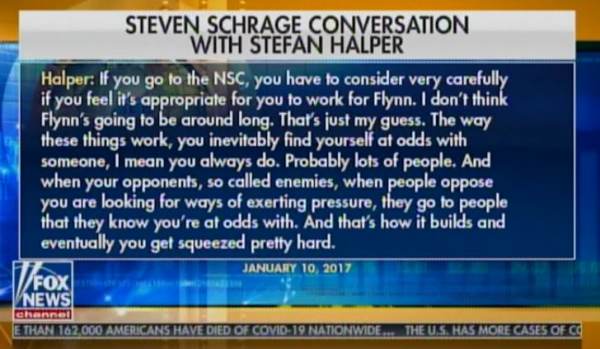 Schrage then added that he believes there were quite a few Republicans involved in leaking this damning smears against the Trump campaign.

Unfortunately, after looking at this interview there are many questions.

We’re not alone.  The Conservative Treehouse made these observations today:

First, in an article to accompany his media effort, Schrage waxes philosophical and woefully about how his years-long good friend and PhD supervisor, Stephan