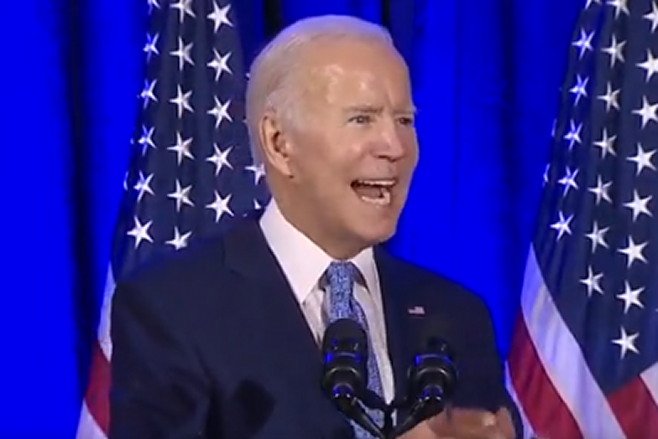 Joe Biden is still going down in the polls. The combination of inflation in the form of gas and food prices, coupled with his constant gaffes are dragging down his presidency at an alarming rate.

There has not been a president in recent memory who has squandered so much political capital in such a short amount of time.

Will anyone be surprised if Biden’s approval drops into the 20s before the November midterms?

President Joe Biden is fast heading into worst-ever territory as people are rejecting his handling of the economy — and him.

In two new polls depressing the White House today, one put his approval rating at a career low of 32%, and another rejected the president’s finger-pointing on the economy.

The latest Civiqs approval rating hit 32%, with 56% disapproving of the president. Even Democrats are expressing frustration, with their approval rate at a low 69%, according to the data.

At this stage of his presidency, Donald Trump was in better shape though also underwater with voters in the same Civiqs survey, at 44% approval, 52% disapproval, numbers he rarely broke from.

Recent presidents have all had very temporary low approval ratings below 30%, according to Gallup, but they didn’t stay there. Biden’s trend line, however, has been steadily down in the Civiqs survey since May 20, 2021.

How much lower can Joe go?

Biden’s approval rating is down to the lowest in his presidency, at only 32 percent approval and 57 percent disapproval, according to the CIVIQS rolling job-approval average as of Saturday. https://t.co/Gj75uI5Qty

He is at just 20% approval with independent voters.

He is an absolute disaster as president, and more people see it every day.