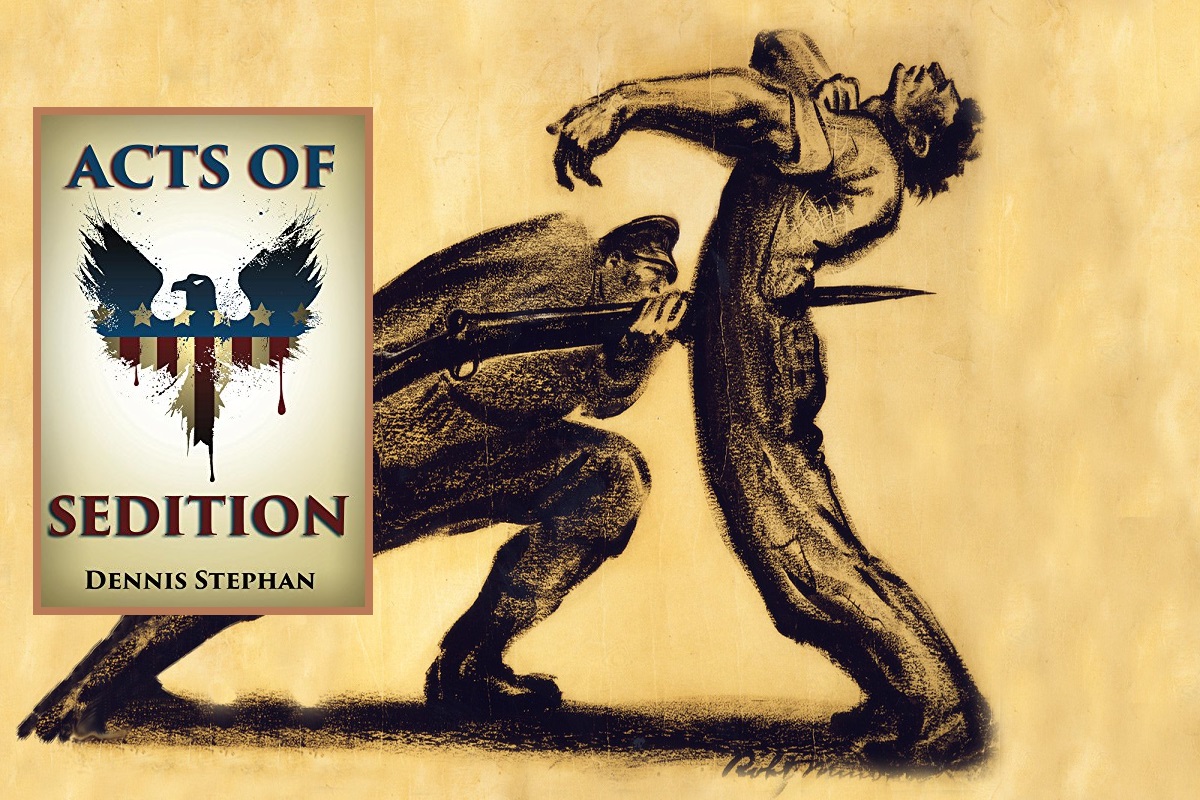 President Trump spoke Thursday, evening January 10, 2020, at a rally of over 10,000 gathered in Toledo, Ohio. The President often says thought-provoking and controversial things but what he expressed at the podium on this occasion should have sent chills down ALL Americans spines.

The sitting President of the United States declared the rationale for giving no advance notice to leadership in Congress about plans to strike Iranian commander Qassem Soleimani. Trump said:

No sugarcoating this. This was not an inference but a matter of fact declaration. Are Americans listening? The sitting President of the United States, cannot trust that elected members of Congress sworn to uphold the U.S. Constitution, to refrain from alerting the enemy of our plans to strike. This same reasoning was in play previously when U.S. Special Forces took out ISIS Leader Al-Baghdadi – see here.

Earlier in the day, Vice President Mike Pence gave an interview to NBC where he stated, “sharing classified Intel with Congress could compromise sources,” – see here.

The same sentiments have been expressed by the Secretary of State Pompeo and GOP leadership. So is this political posturing or a legitimate concern? RFSO’s position is there is overwhelming evidence that backs the claim that both Democrat Leadership, Deep State elements in government agencies, and Media allies have engaged in leaking classified Intel and reporting which have posed risks to both domestic and national security. The Inspector-General Report has indicated media leaks have been prevalent – see here and here.

Trump and his administration have been under siege since taking office from leaking of calls with world leaders, policy initiatives cherry-picked and disclosed, framed for negative impact before release, to the barrage of leaks on the Mueller Witch Hunt all designed to cripple the effectiveness of this administration to govern and secure the safety of all Americans.

Agencies transmitted 120 leak referrals to the Justice Department in 2017, and 88 leak referrals in 2018, for an average of 104 per year. By comparison, the average number of leak referrals during the Obama Administration (2009–2016) was 39 per year – see summary inset chart.

Congressman Adam Schiff has become a punchbag for mockery regarding his constant leaks to the press – see here. The most recent Inspector General’s report combined with past reports, reveals a consistent pattern of abuse involving the FBI, Justice Department and Intelligence Agencies. There are still reports to come. RFSO’s opinion is these abuses, especially involving surveillance and FISA warrants, were attempts at a soft coup to remove or render impotent a duly elected president.

So what exactly is happening here and what do we call it? In present-day America, it is impossible to separate the Democrat Party talking points with the Main Stream Media’s headlines. They function as a hybrid echo chamber. RFSO has chronicled the media’s siding with the enemy in a previous posting – see here. Since that article was published we can add the following:

MSNBC’s – Chris Matthew compares reactions to Soleimani’s death to the deaths of Princess Diana and Elvis Presley. The NYT even compared him to Martin Luther King. CNN – interviewed Massoumeh Ebtekar (Iranian VP) who is she, you ask? She served as the spokeswoman for the Iranian students who took 52 Americans hostage at the U.S. Embassy in Tehran in 1979. Here she is proudly declaring she would shoot dead those hostages in a TV interview:

Those reports came within an hour, it seems with each hour that passes our U.S. Media parrots the Iranian government and sympathizes with that government and terrorists over our President and U.S. Military. Yes, they have picked a side and both cater and propagandize to provide cover, and, aid and comfort to that side. But the media is not the only player picking and supporting Iran’s official party line and Qud’s force, or distorting and propagandizing Soleimani’s death as a cudgel against President Trump.

In stunning remarks, Speaker of the House Pelosi – compared killing the world’s most wanted terrorist to the second most important person in the country which would be a sitting Vice President. See her rationalizing here below or click here.

Here’s @SpeakerPelosi rationalizing her opposition to killing a terrorist who funded attacks on Americans around the world by comparing him to the Vice President of the United States.

Rep. Ilhan Omar (D-MN) tweeting that she is “outraged” over the American military killing Qasem Soleimani, the head of Iran’s Islamic Revolutionary Guard Corps (IRGC) Quds Force, a U.S.-designated Foreign Terrorist Organization. “We are outraged the president would assassinate a foreign official, possibly setting off another war without Congressional authorization and has zero plan to deal with the consequences,” she claimed. Omar also giggled like a schoolgirl while U.S.troop deaths were being discussed. See here:

And it just keeps going:

Most Congressional Democrats who were given an Intel briefing stuck to the party line and publicly, which means to an international audience as well, challenged the legality and validity of the Commander and Chief’s actions to strike a U.S. Designated Terrorist!

RFSO remembers when Bin Laden was killed, the word assassinate was not in the Democrat vocabulary. The Obama administration ordered a “kinetic military action” on Libya  the response from Secretary of State Hillary Clinton when Qaddafi was murdered  was an emphatic and exuberant, “We came, we saw, he died!” Let’s play the video again in case you have forgotten:

The latest display of taking sides if it were, came on the heels of reports that the downed Ukrainian Airliner with 176 onboard in Iran airspace, was most likely caused by a fired Iranian missile:

RFSO agrees with Rep. Adam Kinzinger (R-Ill) when he described what he is seeing the left engage in this way, “This is … sick. Once again Iran is the victim, and “We are broken as a country if this is the level of our debate…” Broken into what exactly? What do we call this depth of undermining our President, our Foreign policy, and our military? Is this really just politics? Ask yourself what is the accurate word to describe this behavior? A breach of allegiance to one’s country – overt acts of betrayal, and brazen admission of Intent to betray?

Our country has lived through extreme divisive times in the past like The Civil War, Vietnam, Civil Rights, and world wars. But how can this or any president and their administration uphold their sworn duty to defend and keep Americans safe when there are active plotters within our country willing to undermine our security? When their betrayal places every American including our brave men and women in the military and diplomatic core at grave risk? What do our allies and enemies around the world think about this apparent open sedition?

It is time for every American to ask the uncomfortable question. Is this sedition? RFSO thinks what we agree to call it is far less imperative than agreeing it must be called out! STOP making excuses and calling these mere politics in an election season. This is systemic, this is visceral, this has been on full steroids for three years and counting, and this is destroying our Republic. This is Anti-American and Pro- “insert the country or movement of the lefts fancy.”

What it certainly is NOT – is giving “aid and comfort” or loyalty to our country, our military and it’s citizens. So one must ask, when is it going to be ENOUGH for Americans to no longer dismiss or accept betrayal and deceit?