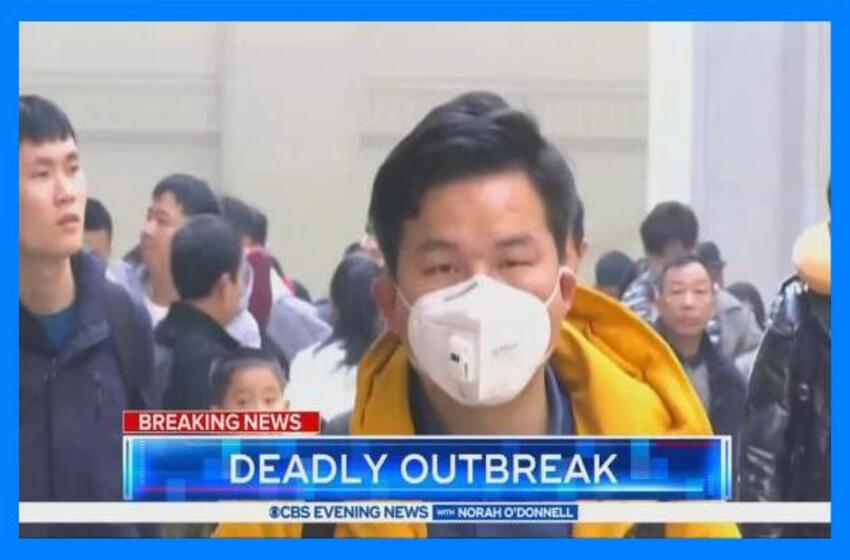 While Americans these days may be having a hard time finding toilet paper or hand sanitizer, there’s one thing we’re definitely not running out of: news stories about the coronavirus pandemic that originated in China late last year. But amid the hours upon hours of coverage, one thing that’s rarely heard: any criticism of how the communist government in Beijing handled the outbreak.

MRC analysts reviewed all weekday broadcast evening news coverage from the first day the networks arrived at the coronavirus story (January 17), through March 13, the day President Trump declared it a national emergency. Even though most of the early weeks were devoted to the situation in China, out of 634 minutes of total coronavirus coverage, our analysts found only 3 minutes, 14 seconds — less than one percent — discussed topics unflattering to the Chinese government.

■ Just a single reference to China’s SARS cover-up. Back on January 21, CBS Evening News correspondent Mark Strassmann spent a total of 15 seconds informing viewers that “China was criticized for under-reporting the SARS coronavirus pandemic that killed nearly 800 people in 2002-2003,” before adding that the U.S. Centers for Disease Control (CDC) was praising their “prompt reporting” in this new crisis. Neither the NBC Nightly News nor ABC’s World News Tonight bothered to mention China’s past deceptiveness on SARS, and CBS never re-visited the issue.

But an article on Vox.com that appeared a few days after Strassmann’s report cited a detailed analysis by The Lancet showing “There was direct evidence of human-to-human spread as early as January 2,” or nearly three weeks before China admitted this crucial detail on January 20.

More from Vox: “‘The fact that the Lancet report is different from the official early Chinese account does raise enormous concerns around the truthfulness of information coming out of China,’ said Steven Hoffman, director of the Global Strategy Lab and a global health professor at York University. ‘If China did intentionally withhold information, that would not only be bad for public health but also illegal under international law.’”

The only other time viewers heard the possibility that China had suppressed the bad news early on came on the February 25 NBC Nightly News, when correspondent Richard Engel (without specifically referencing the SARS example) pointed out that “in Hong Kong, anger is growing that China — which says infection rates there are slowing — initially censored information about the virus before it became an epidemic.”

Engel then turned to a local expert, Francis Lun of GEO Securities, who charged: “They missed a chance to control the contagion in January, and they chose to suppress it.”

In other words, the 2002 SARS cover-up could have predicted China’s 2020 coronavirus cover-up.

■ No time for crackdown on hero doctor. On February 6, the three evening broadcasts collectively devoted a mere 27 seconds to the death of a doctor who was punished for trying to warn the public about the outbreak. ABC and CBS sanitized their coverage, noting only that “one of the first doctors to sound the alarm” had died of the disease. Only NBC added the extra sentence that Dr. Li Wenliang had been “silenced by police” for his efforts.

NPR filled in the details: “Li, 34, had first sought to warn his college classmates in the medical profession of the disease in late December. Using the popular Chinese social media platform WeChat, Li wrote that he had become aware of several cases similar to severe acute respiratory syndrome, or SARS, another coronavirus that killed nearly 800 people in a 2002-2003 outbreak that Beijing initially tried to cover up. However, within days, local police paid him a visit and reprimanded him for the posts….Li is one of several whistleblowers in the medical profession who tried to sound the alarm but were apparently shut down by authorities in the crucial first weeks of the outbreak.”

■ No doubting official Chinese statistics. It’s long been understood that China’s communist leadership often publishes phony economic data in order to make the government look as good as possible (see here, here and here for examples), and the 2002 SARS outbreak showed the same instinct prevailed when it comes to health emergencies.

But while nearly one-fifth of evening news stories cited official Chinese government statistics (63 out of 326), nearly all of the time (97%) those figures were presented without any challenge; only twice did the networks suggest there was any reason to doubt the figure.

On the February 20 Nightly News, reporter Miguel Almaguer passed along how: “China claims the spread of the virus may be slowing,” before matching it with a soundbite from Dr. Anthony Fauci: “It’s very difficult to be absolutely certain. We would hope that at this point in the outbreak they are being completely transparent.”

As CNBC reported back on February 13: “There has been skepticism among researchers that the official numbers reflect how contagious the virus truly is. An article published last month in the medical journal Lancet estimated that there were already more than 75,000 cases in China as of Jan. 25.” At the time, China’s official line was that there were only 1,400 cases.

On March 10, the quintessential establishment journal Foreign Affairs published a damning account of Chinese conduct in the early phases of this crisis, as well as the World Health Organization for enabling function China:

Local police punished and censored doctors and other whistleblowers who sought to raise early alarm over the novel coronavirus. Between Jan. 12 and 20, government officials chose not to report information about the infection of 15 health workers and clear evidence of human-to-human transmission. The government also failed to share the basic public health information that might have helped thousands of Chinese people avoid infection themselves….

Instead of naming and shaming China for its cover-up, WHO has opted to focus on events after Jan. 20, lauding extraordinary measures that China took to slow further spread of the outbreak The “world owes China a great debt,” a WHO official recently said, suggesting that other countries should follow China’s lead in containing the virus’ spread.

One of the benefits of America’s free and independent media is that our journalists are supposed to be able to criticize (or praise) as they see fit. But while our media establishment evidently has no problem criticizing American political leaders for their perceived shortcomings, they seem to lose their voice when it comes to the far nastier conduct of authoritarian regimes like communist China.

Over 40 conservative leaders have called for an investigation into China’s handling of the virus. To read the full letter, go here.